What I love about parkrun

During the last weekend of January I finally achieved my first parkrun milestone and joined the ever-growing 50 club. That’s taking part in 50 parkruns and every runner who reaches this milestone is rewarded with a red 50 t-shirt.

It’s taken me a while to get there, since going along to my first parkrun at the end of 2012 (I wrote a short blog about it at the time), working out at only an average of 1.25 parkruns per month. 2013 and 2014 were slightly quieter with my marathon training long runs taking over on Saturday mornings and our closest parkrun being a little drive away. Fast forward to September 2014 and we have a new parkrun almost on the doorstep (I can run there in less than 8 mins), say hello to the awesome Kesgrave parkrun.

As long as we’re around, I’ll be there on Saturday morning, ready for the 9am start. Greeted by the friendly runners, core team and volunteers who all make this simple, turn up and run, concept possible. I’m always amazed by the number of runners who make the effort to be there every week and the number of new runners too. Each week there are lots of people turning up with their barcodes for the first time, ready to be part of the world’s most inclusive running club and ready to set the time that will give them a PB target for weeks and months to come.

So, here are the things that I love about parkrun, the reasons that I try and make it every Saturday morning and if you’ve never tried it before, hopefully it will give you some insight into what goes on…

I love the simplicity. There are no membership fees, no complicated forms to fill out, no dress code, no formalities when you arrive. The only thing that you have to do is register once online, print out your unique barcode and turn up on the start line to run. No fuss, nothing scary, just do what you enjoy and run.

Running with Tilly through the woods. Photo from Kesgrave parkrun.

I love that it’s for everyone. That’s right, absolutely everyone. Age doesn’t matter (under 11’s need to be accompanied by an adult), your running ability doesn’t matter, anyone can turn up and take part. I know lots of people who go along and take part in parkrun. These range from members of running clubs, to people who have never attempted running before, those that want to get fitter and these are adults and children alike. Myself and Pip introduced our Niece (Tilly) and Nephew (Finn) to parkrun – they love it. They’ve got their 10 club t-shirts and are now aiming to join the 50 club. I’ve paced Finn to PB’s and accompanied Tilly around the course, it’s so rewarding.

I love the friendliness and sense of community. The more you go along, the more you get to know everyone. There are no egos, there’s plenty of cake made by fellow parkrunners and eachÂ week an army of volunteers cheer you on, keeping you company on your run. Waves of hello as we pass each each other on course, cheers and claps, you feel like you’re flying.

I love that it’s not a race. That’s right, it’s not a race, it’s you against the clock and the only person you’re racing against is yourself. While there might be the odd bit of banter from those that you often run close to, the only thing that matters is the time that you get afterwards. That’s your time and yours to improve upon. If you don’t feel like going all out for a PB attempt, that’s not a problem, you run how you feel – there’s no pressure.

I love that you get rewarded for running. As you complete your runs, you work towards becoming a member of the various clubs. I’ve already mentioned the 10 and 50 clubs, but there are the 100, 250 and 500 (only one member at the time of writing) clubs too but most importantly, there is also the 25 club for volunteering. If you’re lucky enough to get into one of these clubs, you get a free t-shirt from Tribesports!

I love that you’re never very far away from a parkrun. Every parkrunner will have their home parkrun, however new parkruns are appearing all of the time. There are currently 385 events in the UK alone and 784 worldwide, across locations such as America, South Africa, Australia, Russia and Poland, to name but a few. This makes is really easy to visit new parkruns, meet new people and check out new courses. Anyone can become a parkrun tourists and there are even league tables for the parkrunners who have attended the most events (I need to up my game!)

I love that it’s every week. On those occasions when you may be away and might have to miss one, you only have to wait sevenÂ days until you can have another go!

I love that you can still be involved even if you’re not running (it’s all about the volunteers!). The most important thing about parkrun is that every single event around the UK is run by volunteers. Anyone can get involved and there are lots of different jobs to do, from marshaling to barcode scanning and timing. I try to volunteer when I can, I think my most nerve-wracking, but fun, job was when I was timing – every runner is relying on you to record their time, which could be a PB! I know of people who never run but love to still be involved and volunteer on a weekly basis. If you’ve never volunteered, try resting the legs for a week and having a go at one of the jobs, you might just like it!

So there you have it, a few of the reasons that I love to get out of bed and make my way to the park for 9am on Saturday mornings. I could probably go on, but you might just get bored!

If you’ve never been to a parkrun before, give it a go, there’s most probably one very close to where you live. All you need to do is register once for a barcode, print it out and turn up at 9am, the put one foot in front of the other and run! Have fun!

All images, including the banner at the top of the page are courtesy of the Kesgrave parkrun Facebook page. 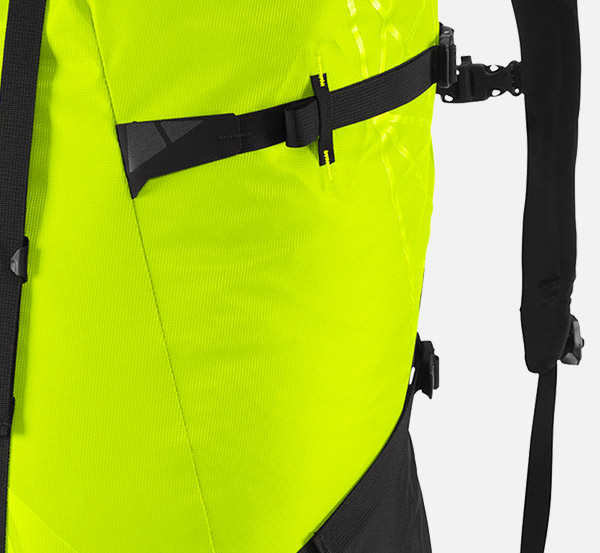