A Summer of Ultras

Pitch black mornings and evenings, crisp clear skies filled with a lingering mist, golden leaves floating down from their branches. Autumn is well and truly upon us and, other than the slightly unseasonably mild temperatures, you can tell that we’re heading towards Winter.

Running becomes more of a struggle; harder to get out of the door at 5:00am, uninspiring routes lit by street lamps, legs unforgiving after recent marathons, fewer upcoming races. It’s time to get motivated for 2019 and the year ahead. The Summer of 2018 was all about the ultra marathons for me and as I start planning upcoming races I wanted to take a look back at a few highlights and a year of pushing myself to go further and faster than ever before.

Over the past few years I’ve found that my “running year” has followed a similar structure;

2018 has been no different so far, except that this Summer I scheduled in more ultra marathons, a chance to try out some different races and new distances whilst also training and building up towards running longer distances – the big challenge was to come at the end of July.

The season kicked off in May when I put in a last minute entry for Endurance Life’s Jurassic Quarter race on the South coast. This 46 mile run starts off on the Isle of Portland at Portland Bill lighthouse and follows the undulating coast path as it meanders past Weymouth, Durdle Door, Lulworth Cove and Swanage before finishing on Studland overlooking the famous Old Harry Rocks at the most Easterly point of the Jurassic Coast. I had actually signed up for a local 10k race, the Woodbridge 10k, the day after the Jurassic Quarter, so rather than let the place go to waste I turned up ready to run – it was quite an easy run, no racing! 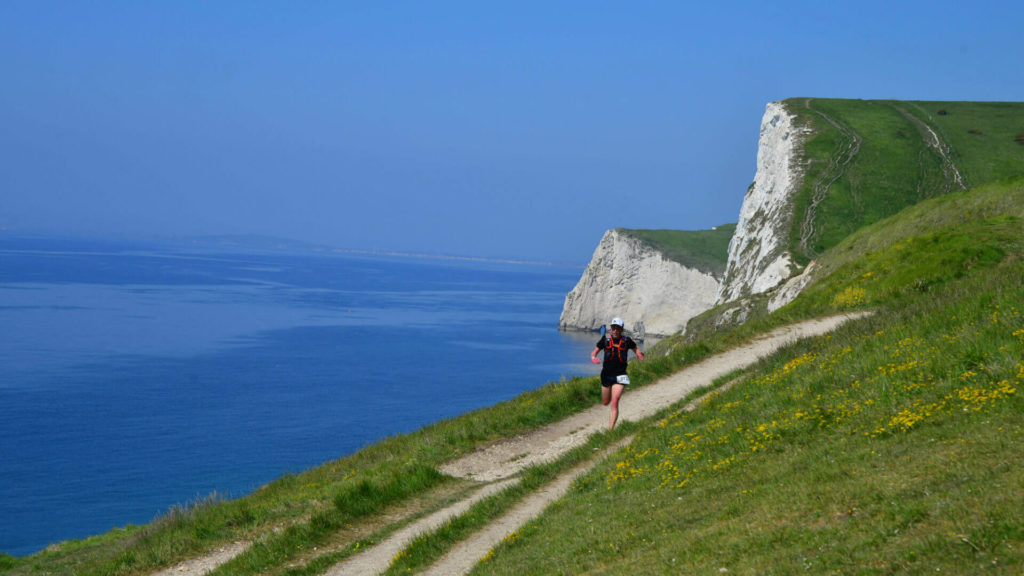 June was the month where I started to get the majority of my mileage in, kicking off with a local trail marathon in Essex just a week after the Jurassic Coast, the Stour Valley Marathon. It’s a self-navigational race that I’ve done several times previously, in 2017 I finished in first place, so this year I was back as the defending champion, no pressure! With a heatwave upon us the trails were nice and compacted, no real mud in sight and it made for a nice day out on the trails. I was in good company with local runners Andy Low and former winner Allen Smalls, however my legs were feeling it from the Jurassic Quarter. We were putting in some quick sub-7 minute miles with a small pack at the front but as we approached around 20 miles, I just didn’t have the kick that Allen had, he disappeared into the distance and I remained focussed on attempting to maintain my second place. 7 miles later and we were coming into Nayland, I was down on last year’s time but had managed to keep hold of second. Next year is the last Stour Valley Marathon so I’ll be returning to see if I can maintain a podium finish. 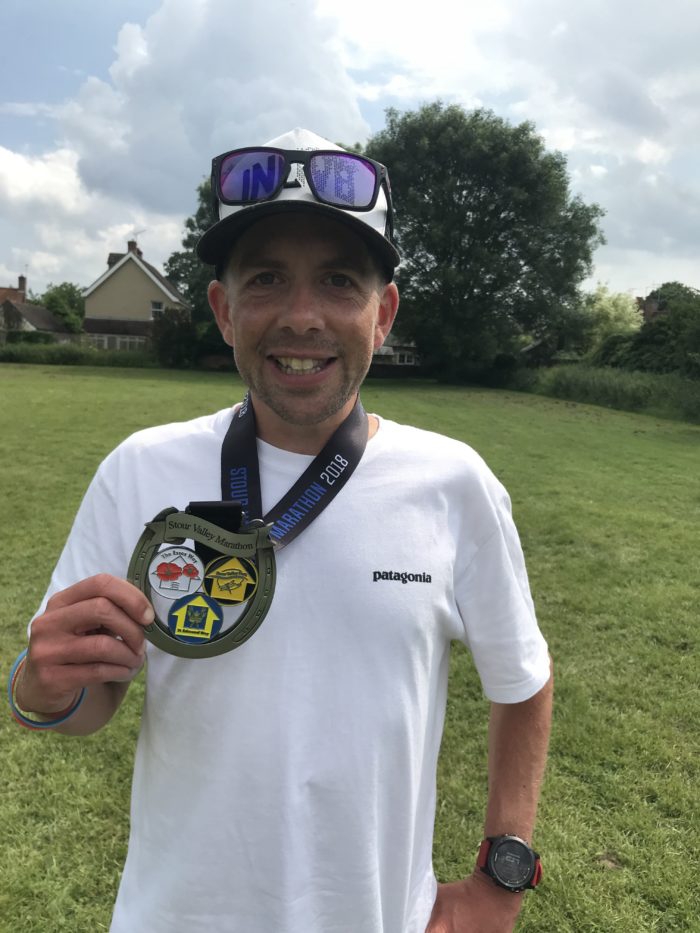 I’d signed up early to the Race to the King Double Marathon on June 23rd. I was keen to return, push myself for a second year and see how I performed after finishing in third place last year in what was my first long-distance ultra marathon. However, a week before on the 16th June, with a rare and impromptu free Saturday ahead, I decided that it was time to take on my first DIY Ultra marathon.

The Sandlings Path is a trail which takes in 57 miles of Suffolk countryside between Ipswich and Southwold. I regularly run 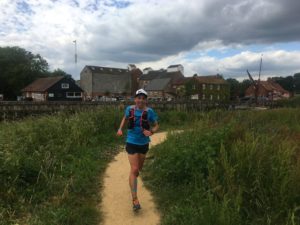 sections of the trail in my training as it passes only around 400m away from my front door which is pretty handy. I’d been running longer sections of it for a while and over the years had covered the full length, but in lots of sections. A whole free Saturday and what to do – tick an item off my ultra running bucket list and run the whole path! I wanted to try and run it as fast as I could – I’m still unsure as to whether there’s an FKT for this trail, if you have any information do let me know. It was a little risky with another 50+ mile ultra the following week, but I went for it all the same carrying my water and supplies in my Salomon pack. 8 hours and 8 minutes after starting at the Rushmere Heath start in Ipswich I arrived at Southwold Pier only slightly broken but mainly buzzing from just running DIY Ultra number 1… there will be more! It also saw me round off a 90 mile training week, time to take it easy before next Saturday. 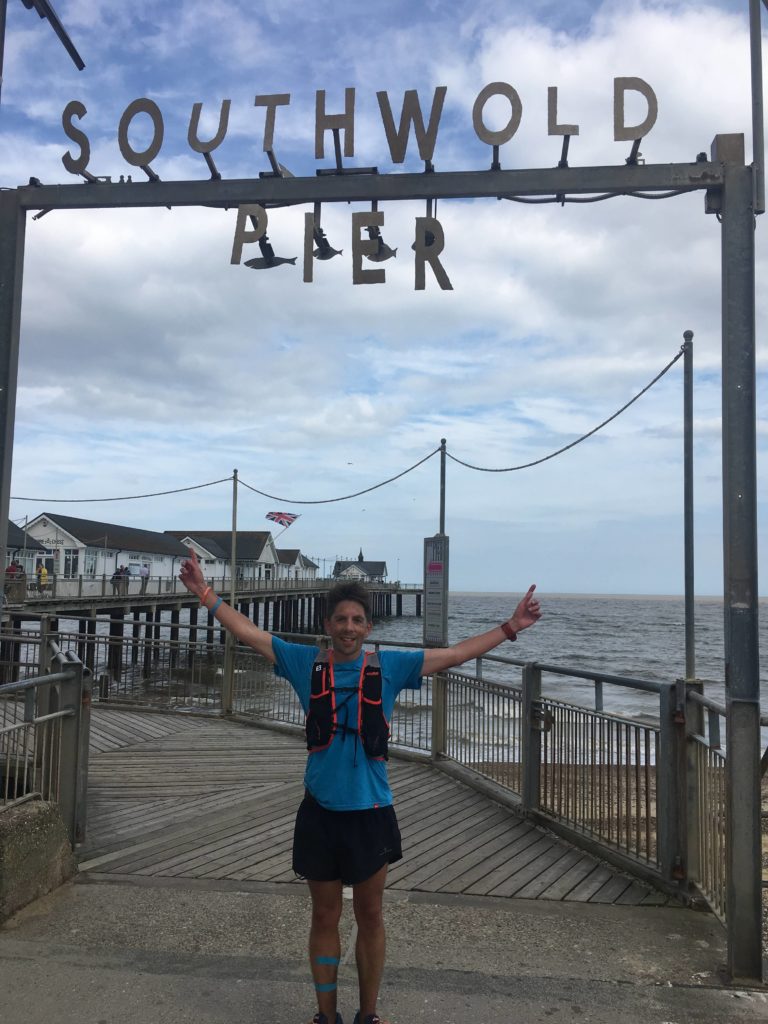 Race to the King is a special event for me now, I loved taking it on in 2017 and performed much better than I thought I would. There was no excuse not to go back for a second year to see how I could do this time, however hot weather and The Sandlings made it slightly more difficult than anticipated. Learning from experience I started off steady, letting many other runners go flying ahead of me. It’s a long distance and anything can happen, so I like to go steady and then pick up my pace once I’ve got some miles under my belt. Going into the halfway point I was in fourth place and leaving I was in third. After finishing in that same position last year I was keen to try and not let it slip – just another 26 miles to try and hold onto it… no pressure! I found a good rhythm and the run was going well, I struggled over the last 10 miles due to the heat and dehydration. No matter how much water I took on I just couldn’t get hydrated, it was taking its toll, I was slowing but I still managed to hold onto that position all the way back to Winchester Cathedral finishing in a time of 08:03:17 – just over a minute faster than last year. 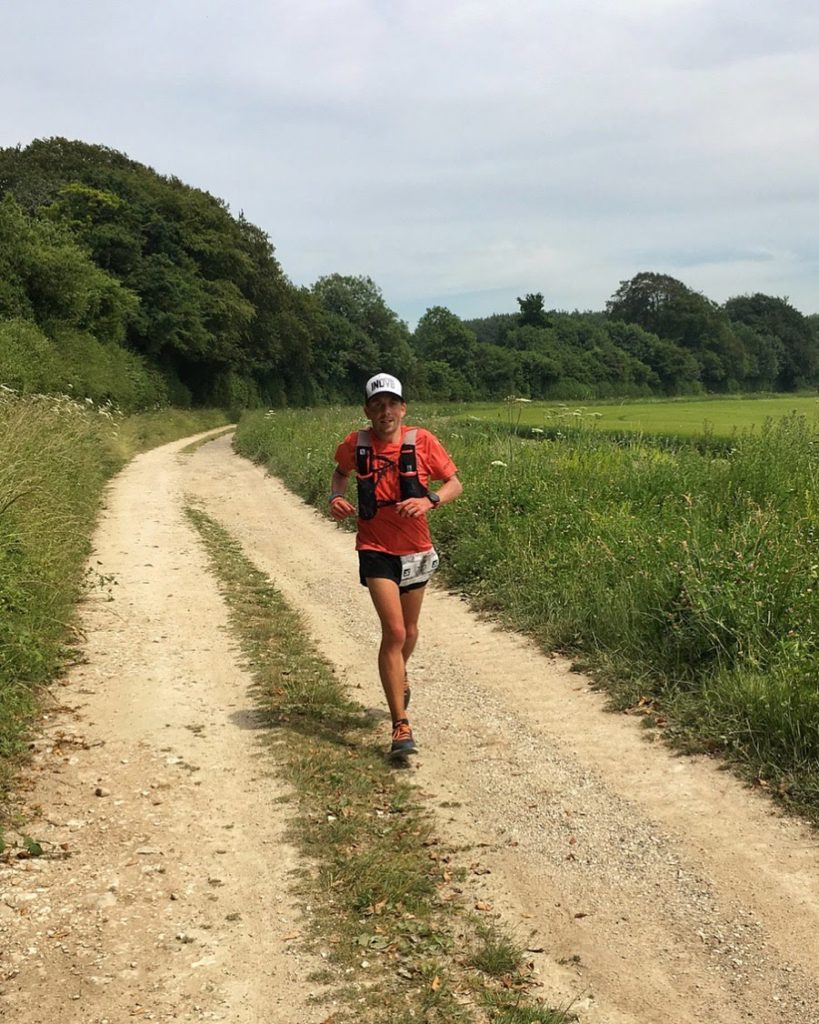 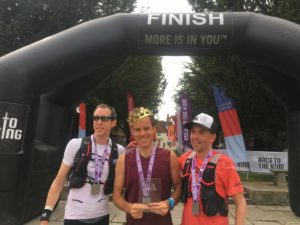 With the majority of my racing out of the way it was time to gear up for this year’s main event; the Lakeland 100 at the end of July. I’d entered the Lakeland in September 2017 as entries sell out instantly, within minutes, so you have to be quick to get your entry in. I had been gearing up to the race all year, building the mileage, getting in as much elevation as possible, do everything that would put me in good stead to complete the 105 mile distance that included 6,856m of ascent within the 40 hour time limit. An experience that I’ll never forget and one that took me on a 105 mile loop of the Lake District, around the stunning lakes and mountains, in literally every weather under the sun – 30 degree sun and heat, thunder and lightning, torrential rain and hail – all in the 26 hours 30 mins that I was on the course. I won’t go into a huge amount of detail in this post as there’s another individual post on the way, however I was super chuffed to finish in 14th position in such challenging conditions. A heads up that I may have already entered for next year to see if I can beat the time! 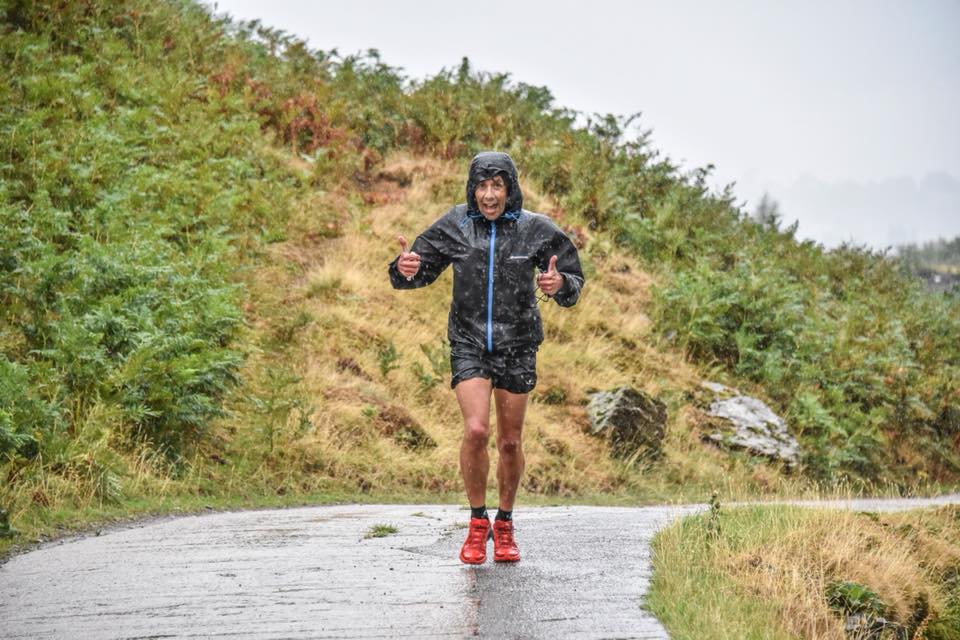 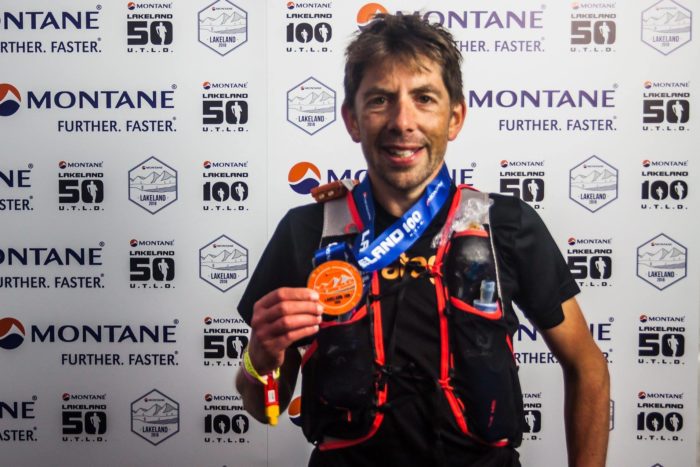 Not being one to sit around and do nothing, following the Lakeland 100 I did manage one full week off running, however a local 100km race, the SVP (Stour Valley Path), was looming just two weeks later and having never been available for it before… I decided to put in a last minute entry. I did a couple of shorter training runs in the days leading up to it, just to check that my post-Lakeland legs were still working, and then headed to the start line in Newmarket on a very hot and humid August Saturday morning. 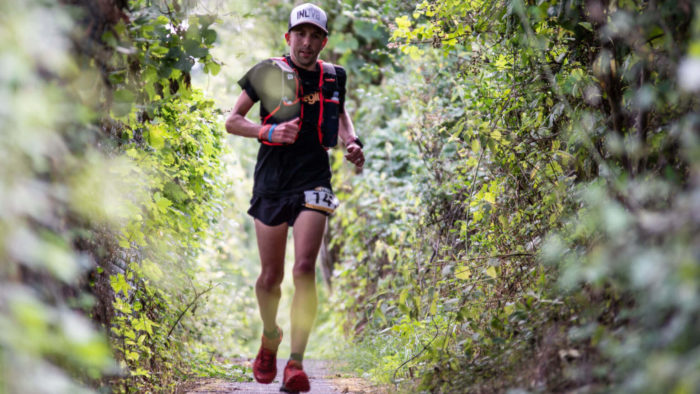 The SVP follows a 63 mile way marked route from Newmarket in Suffolk to the coast at Manningtree. The race got off to a pretty pacey start, but I decided to hang back, not knowing how my legs would cope just two weeks after the 100. I evidently didn’t hang back quite enough as when a few runners at the front of the pack took a wrong turn, I emerged in second place for a while. Being in Suffolk, it’s not the most challenging course in terms of elevation, however the exposed, compact trails provided little shade in the August heat and dehydration was starting to take its toll. I kept drinking my water and electrolyte mix and managed to stay in the game, finishing in 5th place in a time of 09:57:15. It was great to be able to take part in this event as I know a lot of the other runners and volunteers through the running community. I’ll definitely be back for another attempt in the future – perhaps with fresher legs next time. 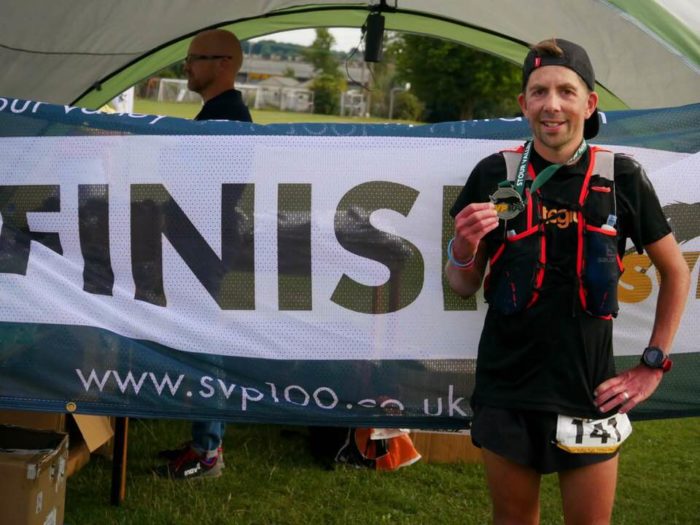 The Summer was pretty epic in terms of races, exploring new places and meeting amazing people who were running, organising and volunteering at events. After a more relaxed end to August I did go on to race the Berlin and Dublin marathons in September and October, however that’s a story for another day.

2019 will be the year of new places, new races, new challenges and keeping that dream alive. I’m looking forward to ramping up my training again in the new year and targeting some different races whilst just continuing to enjoy what I do.