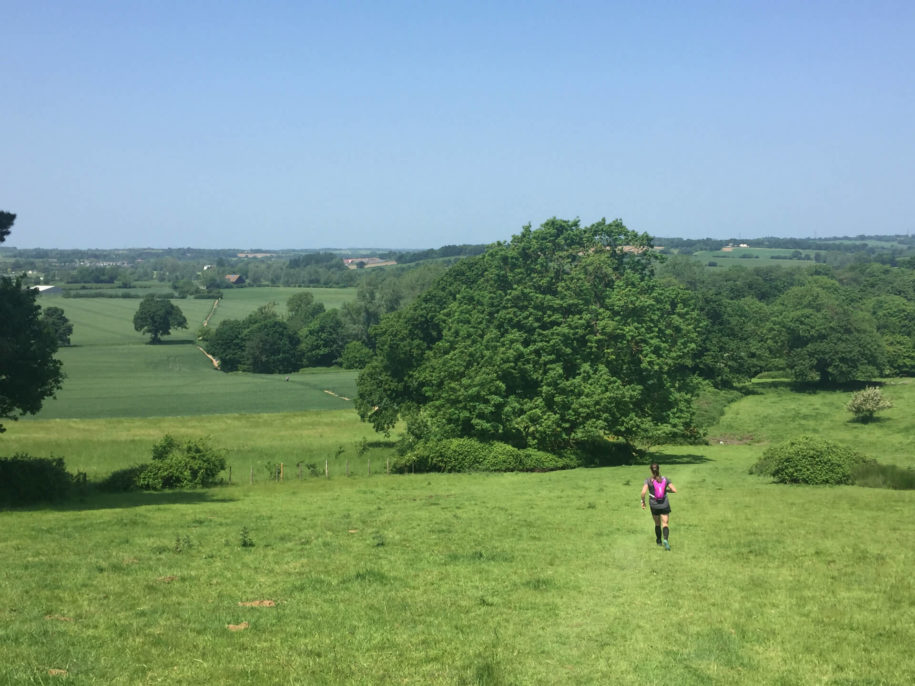 The Stour Valley Marathon, starting at Nayland, Suffolk, is an off-road trail marathon that takes in the footpaths of three walking routes in Suffolk and Essex; St Edmund Way, Stour Valley Path and the Essex Way.

Last year I was very lucky to get one of 50 places in a special edition of the race, marking race organiser Kevin Payne’s 50th birthday on August 1st 2015. It was the day after the night when I proposed to my, then girlfriend, now fiancÃ©e Pip, so it turned into quite a weekend!

I loved running this trail marathon and as soon as entries opened for 2016 I entered straight away. Pip fancied doing it too, but was a little nervous about doing it due to the short-hand instructions and navigating yourself around the course – most of it is fairly obvious, although with tired legs and a tired head, I did take a wrong turning last year! I said I’d run it with Pip this year at a pace of her choice, so we signed up and June 5th was firmly set in the race calendar.

There were a few running friends doing the marathon too, Carl, Lee, Pete and fellow JAFFA member Tim, unfortunately Warren had to pull out with a back injury at the last minute. We met a the race HQ, Nayland Village Hall, where we collected our instructions and assembled on the start line for 9am. Carl, Lee and Pete were planning on taking this one as a race and going as hard as they could, while Tim said he’d happily go along with us and keep us company.

The route is stunning. It takes in fields, rivers, woods in Suffolk and Essex, weaving its way through villages, along the side of streams, you pass old churches, spring over tiny wooden bridges and tackle styles and kissing gates as you amble along the paths. Particular highlights are the River Stour in Nayland where gardens back onto the beautiful river, Hitchcock’s Mill in Bures with amazing scenery and old wooden boats stacked up next to the river and the Bures dragon, cut into the hillside as part of the Queen’s Jubilee celebrations.

We started with Tim, who ran the normal race last year and has been out recceing the route a couple of times, there were no instructions needed. It was great to have company, chatting away and making the

miles enjoyable and pass quickly. Checkpoints were well stocked with everything you could need; water, squash, jelly babies, crisps and friendly faces. We saw some people we knew from local running clubs, including Karen from Great Bentley who it was great to see at 15 miles.

Tim stayed with us until around 17 miles and then pushed on ahead, at which point I dug out my instructions from my pocked, although I remembered pretty much all of the course from last year. We were doing well and pushed on ourselves, taking the hills at an easy pace, stopping to re-hydrate at checkpoints as the temperate steadily increased into the mid-20’s.

As we were heading up a track out of Bures, we saw Lee walking towards us, he was suffering from the heat, with cramp in his legs and was heading back to the checkpoint to get a lift home. It was a shame to see Lee pull out, we offered for him to tag along with us at a very easy pace but it wasn’t to be. Marathons and the British weather sometimes don’t go hand in hand. I’ve been there myself and anything can happen after the first 20 miles. 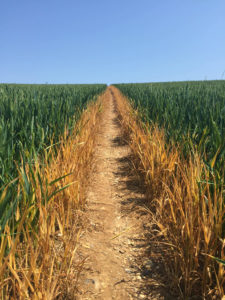 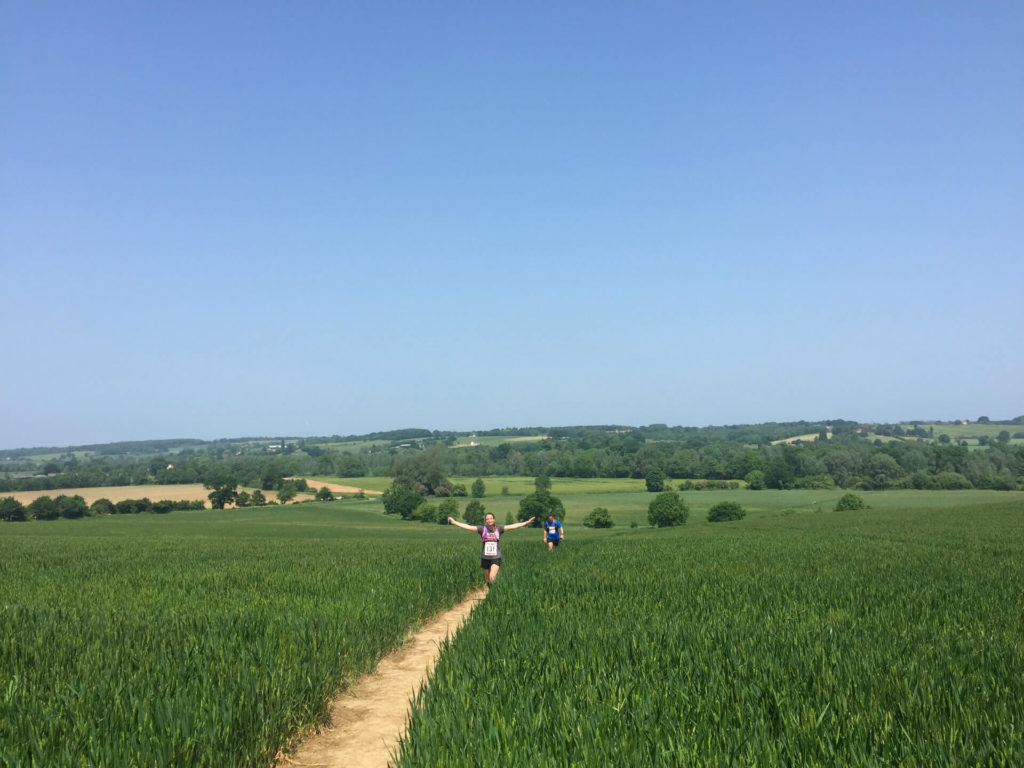 We carried on and there were some incredible hills going up through corn fields, muddy tracks through shaded woodland and grassy tracks along rivers and streams. We reached some familiar trails which we’d previously run going the opposite way and snaked our way back along the River Stour in Nayland, going up the steps by the Anchor pub and heading back to the Village Hall where we were greeted by fellow runners, gigantic medals, hotdogs and massages!

All in all it was a brilliant day and we loved every minute of it. As a couple it was our first marathon and the furthest we’d run together, clocking just over 27 miles in total. It’s a very well organised but also relaxed that raises money for charity in the process. We’ll definitely be back next year for more Stour Valley marathon action!

Here’s the run on Strava;