The road to Manchester began just before the New Year when I started my 16 week marathon training schedule. After another year of missing out on getting a place in the London ballot, I’d been toying with a couple of ideas for a Spring marathon including Brighton and Manchester, but wasn’t entirely sure what I wanted to do. I decided to start my marathon training anyway, see how it was going, and then decide what to do.

The training was going reasonably well, considering the cold and dark January mornings and nights, and I finally decided to enter the race in February. I think that in the back of my mind I always knew that I would enter, it definitely makes it easier knowing that it doesn’t sell out completely.

So, I’d committed to running and the training was ramped up during February and March, throwing in a few races for good measure including the Great Bentley Half Marathon, Cambridge Half Marathon, Tarpley 20 and the SEAA 12 stage road relays. I joined up with fellow Ipswich JAFFA member Alistair for the long runs and over the weeks a few more of our running friends joined us, Jayne, Adam, Scott and Ben, all training for the Virgin Money London Marathon a week after Manchester. I find that running with others makes a huge difference to the training, especially on the long runs where you’re out for 2-3 hours at a time, covering anywhere from 18-24 miles. Making these runs more sociable takes your mind off the distance, gives you something else to focus on and allows you to run along, getting the distance covered without any of the negative thoughts creeping in that I sometimes find take over when doing long runs on my own. If you’re used to doing long runs on your own and find them a struggle, I’d definitely recommend giving running with others a try. You might know people also training for marathons but if you don’t, you’ll always find others in a similar position at parkrun, running clubs or even on Twitter using the #ukrunchat hashtag.

Fast forward a couple of months and around 650 miles of training and it’s the Greater Manchester Marathon weekend, which also happened to double up as the same weekend as my birthday. Fortunately my brother lives in Manchester which took any stress away from finding accommodation. We travelled up on the Friday giving us a fairly relaxed Saturday ready for an early start on the Sunday.

Manchester send out the numbers and timing chips in the post and the race information booklet is downloadable from their website, which I don’t think is a bad idea, it means that you can always have it with you on your phone/tablet. This means that there isn’t an expo the day before, I’ve always quite enjoyed the expo’s that I’ve previously been to at Paris and London.

The metro link trams make it really easy to get to the start at Old Trafford and we arrived on the race morning about an hour ahead of the start. The race village was well organised with stalls selling food, drink, running gear and a large baggage tent. We bumped into a couple of people that we knew from Ipswich who were also running. I felt quite relaxed on the morning of the race, although wasn’t really feeling my best. I had a plan (something that I’ve never had for a marathon before!) of roughly what I wanted to achieve with some various target paces in mind depending on how it was going.

The start was well organised and I lined up just behind the 3:15 pacer. I’m not the biggest fan of running with pacers, just because of the huge number of people who are going for that time and you  end up running in a group, making it hard to have any space to move and run your own race. After the gun went at 9am I stayed back, just behind the large pacing group, and settled into some steady miles. As the route went through Trafford and down past Media City, I was feeling pretty comfortable and after a couple of turns, as we went through the 4 mile mark, I found myself ahead of the 3:15 pacer and group. It was a bit of a gamble early on in the race but I was feeling good and decided to step it up to 7:20 pace which with would bring me in under 3:15 if I could maintain it for the next 22 miles or with a couple of faster miles could even bring me in close to 3:12.

The support around the course was absolutely brilliant and Manchester’s metro link trams make it really easy for spectators to get around and see athletes in multiple places. My other half, Pip and brother Ali managed to see me in five places around the course. There were bands, choirs, children’s choirs and streets lined with residents who had turned out to cheer, clap and support the 8000 runners.

I’ve always taken SiS gels during the marathons and 20 miles races that I’ve run, so was carry five of these and also some Shot Bloks. I decided to take a gel after the first hour and then every half an hour after that. I’ve previously only taken these when I’ve thought that I needed them, however having a strategy with them made it easier to keep up my energy.

Going through half way in approx 01:37, I decided to maintain my pace until 17 miles and then see how I felt, if I was feeling good, I’d pick it up a little and try and go for the 3:12 target time. 17 miles came and went and I was still feeling comfortable doing 7:20 minute miles. The wall wasn’t in sight, yet, so I went for it. Putting in some faster miles at low 7 pace and some at at between 7:12-7:15, I was just waiting for the experience that I had at Paris and London, but it never came! I continued all the way to 25, at which point you can see Manchester United’s Old Traffod football ground approaching in the distance, the finish line is just outside the stadium. The last mile was the hardest but I still pushed on, catching sight of my supporters at the 26 mile mark, giving me a nice boost for that last 0.2 miles and an attempt at a sprint finish, which incidentally left me leaning against the barrier beyond the finish line, trying not to be sick from using the last of my energy!

A glance up at the clock showed 03:11:14, giving me a chip time of 03:10:13 – I was absolutely over the moon!
The Manchester marathon is a brilliant event and I would absolutely recommend it to anyone thinking about doing a UK marathon next year. I enjoyed it so much that I may see you there! The course is flat and fast, the support is brilliant and the organisation makes it a stress-free day. If you’re looking for a marathon PB, this is the course to do it on.  You also get a brilliant ASICS technical t shirt and a huge medal for your efforts!

Running in the Turia River, Valencia 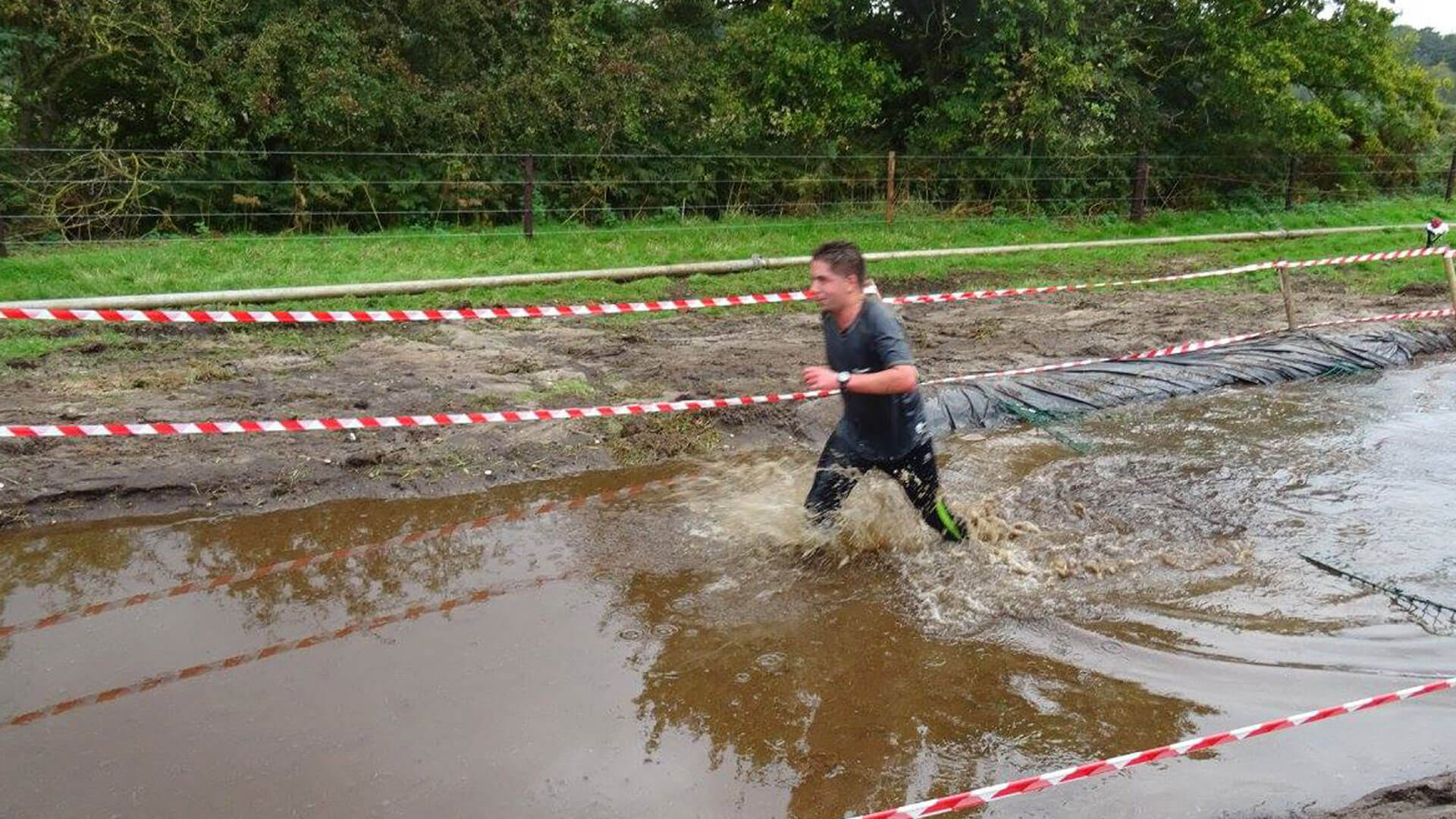