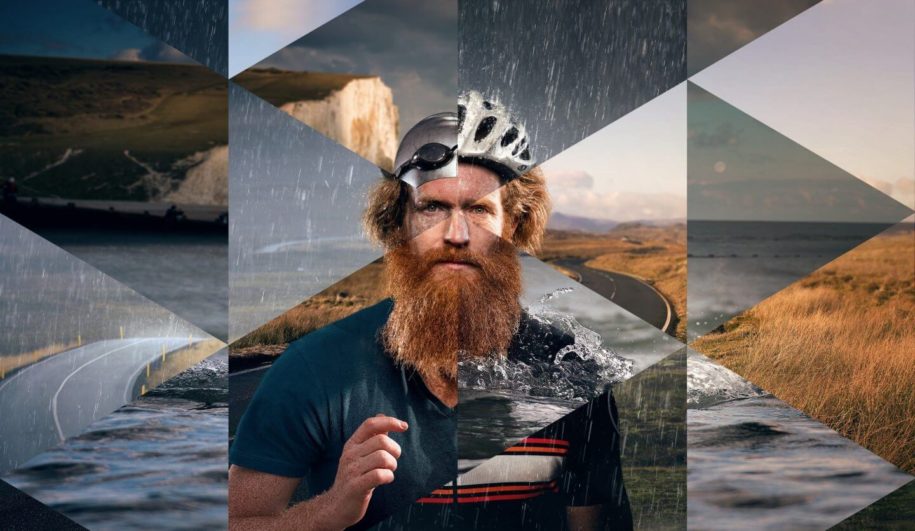 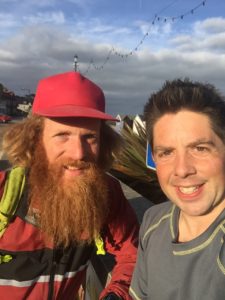 Last night I had the pleasure of meeting Sean Conway, a UK adventurer, currently completing the “World’s Longest Triathlon”, a 4000+ mile ultra triathlon around the perimeter of the UK.

His latest challenge, On The Edge, started on April 1st 2016 and has seen Sean cycle 3350 miles around the UK’s coast from Dorset’s Lulworth Cove to Scarborough. He then began his run along the East coast and is currently 19 days into the run, heading down to Brighton from whereÂ he will begin his swim back to Lulworth Cove.

I caught up with Sean in the seaside town of Felixstowe, where he was planning on spending the night, after missing the foot ferry over to the neighbouring town of Harwich. He’d set off earlier in the day from the sleepy village of Orford,Â making his way past Hollesley Bay and along the beaches of Shingle Street before getting the ferry from Bawdsey over to old Felixstowe.

It was great to have a chat with Sean and hear about his inspirational adventure in person. When you’re keeping up with the progress via Twitter and Instagram you get occasional updates but miss the finer details, such as the fact that he’d had to swim across a river earlier in the day, packing his kit into a bin liner to keep it dry, as there was no other way across without a long detour!

Discovery are covering the challenge and you can find all of the stats, tracker and details over on their website;Â http://www.discoveryuk.com/make-your-world-bigger/goseango/. Also, support him along the way by using the hashtag #GoSeanGo.

Sean’sÂ been taking on challenges since 2007, which include cycling, running and swimming Britain, hiking Kilimanjaro, London to Paris in 24 hours and many more. Looking at his Instagram yesterday, he’d just picked up a copy of his new book, Cycling the Earth, at WH Smith in Felixstowe. You can check out his stories on his websiteÂ http://www.seanconway.com/.