Running in the Lake District 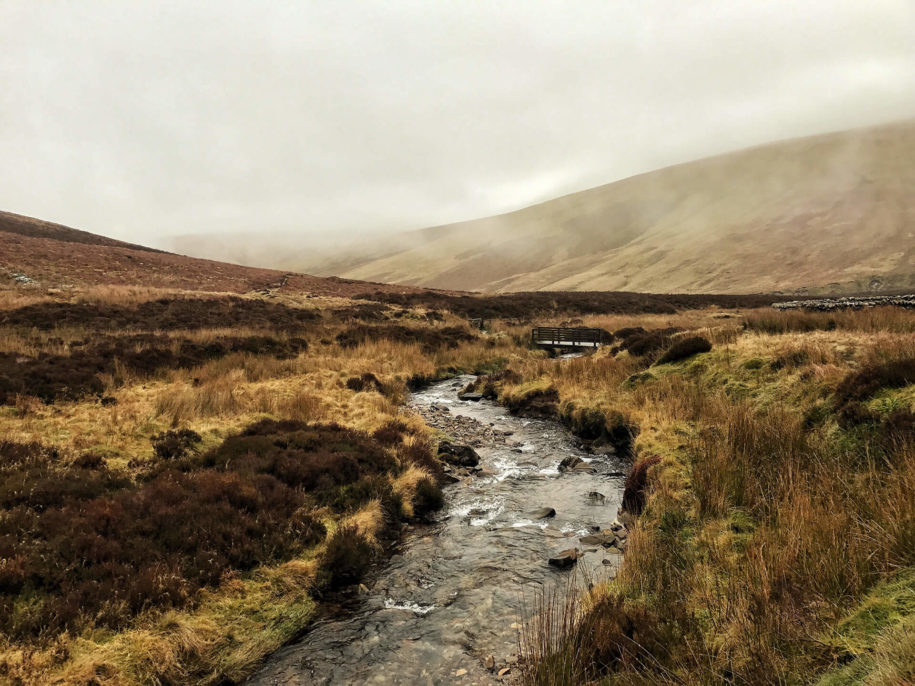 At the end of January I had the opportunity to visit the Lake District for three nights. Over the years I’ve had a few trips to the Lakes, but I’ve never visited since getting into trail running; my preferred running terrain.

I wanted to use this chance to take in the trails, check out the lakes, countryside and try out some fell running. For years I’ve been fascinated with the Bob Graham Round, a running challenge in the Lake District, where runners attempt to complete a 66 mile, 27,000 ft circuit of 42 of the highest peaks within 24 hours. I thought that this would be a good opportunity to check out some of the route.

Keswick was my base for the trip having booked into a B&B that was located just outside of the town centre. The town is perfectly positioned on the edge of Derwentwater and with easy access to the Northern and Eastern fells. It has a wide range of outdoor shops, pubs, cafes, restaurants and great facilities for those staying for a few days. 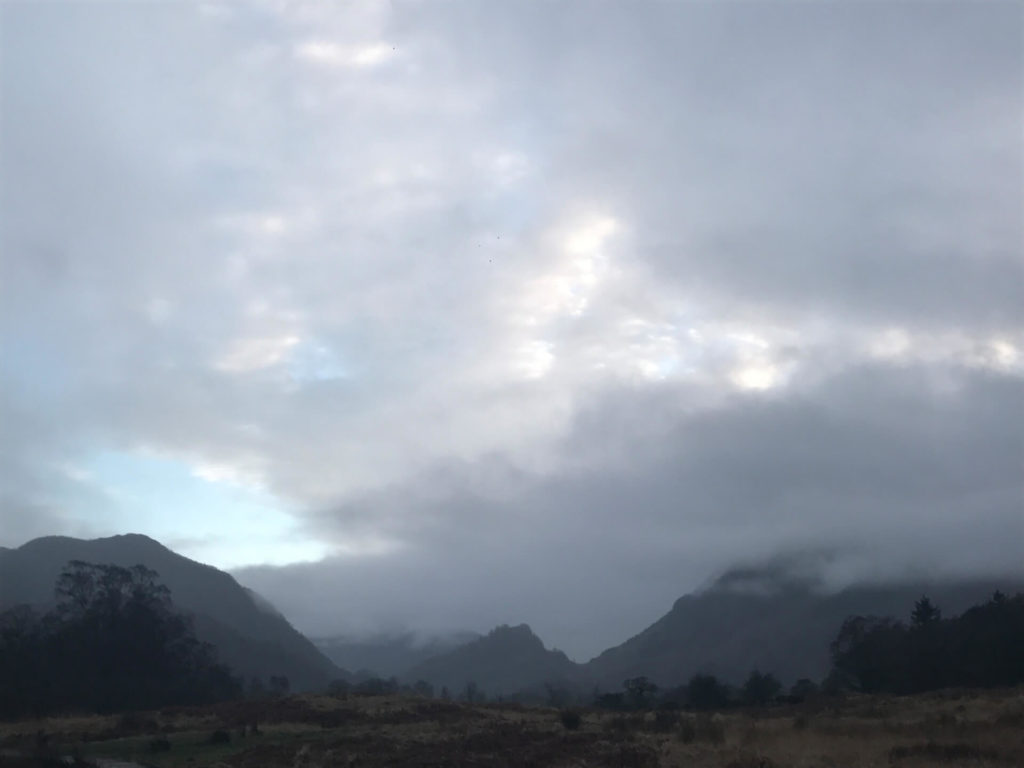 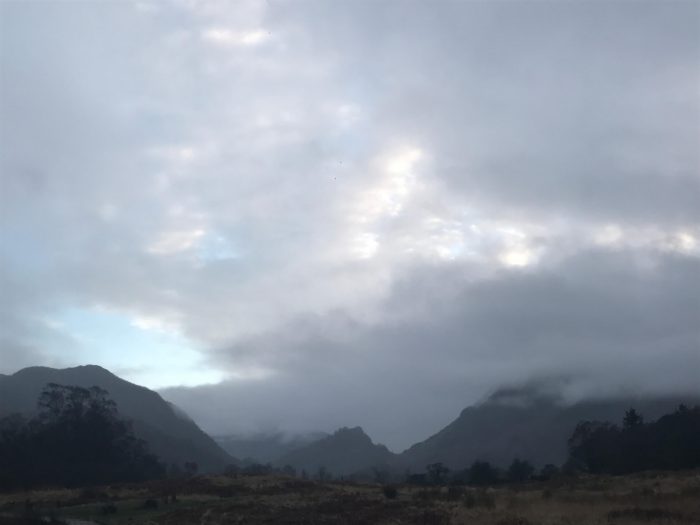 Wanting to make the most of my time, there was no hanging around. I quickly changed into my running gear and headed out for a run, the perfect opportunity to check out some routes and take in the area. I’ve been subscribing to Trail Running magazine for a few years and over the last few months they’ve joined forces with Ordnance Survey to give subscribers free access to their OS Maps online platform. This was great as I was able to download GPS routes to my phone which helped with navigation.

I set off on a route that is used by the Keswick Mountain Festival for the run and triathlon events. The route heads out around Derwentwater anti-clockwise, skirting around the bottom of Catbells and looping back up to Keswick alongside the Borrowdale Road. There was a section behind the Lordore Hotel that was closed due to flooding. I took some alternative paths and soon found myself ascending behind the Lordore fells.

The terrain was steep with narrow single track, weaving up around rocks and trees, I did wonder if I was heading in the right direction but finally emerged at the top with views overlooking Derwentwater. 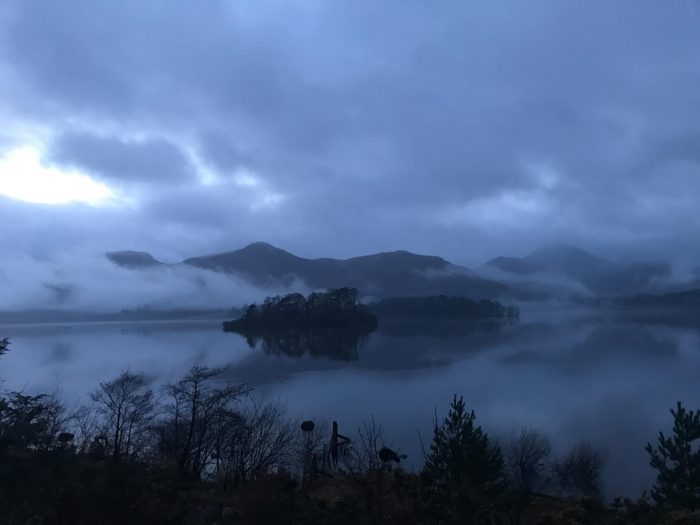 I’d set off quite late in the day and it was quickly heading towards an early January sunset. A quick descent along roads took me back down to the Borrowdale Road, where I crossed and was able to access the flatter trails around the lake. As the sun went down behind the surrounding fells mist and cloud rolled in to make some spectacular views across the lake. 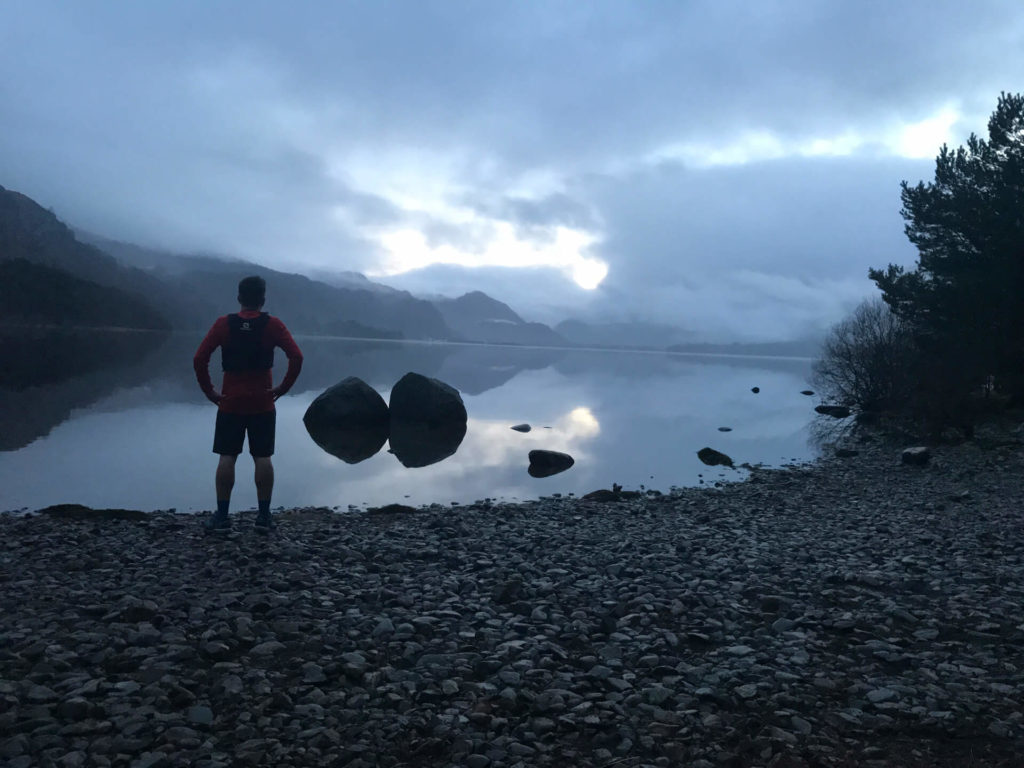 I arrived back into Keswick just as darkness fell and after a quick shower and change, headed for a pub to have a couple of well earned beers, food and plan the next day’s encounters.

Waking up on the second day I decided to run the first leg of the Bob Graham Round (BGR). The round starts and finishes at the Keswick Moot Hall, just around the corner from where I was staying, and heading out on the clockwise loop, the first leg takes in Skiddaw, Great Calva and Blencathra before descending to the first road crossing in Threlkeld.

After breakfast, I got my kit together, filling my Salomon S-Lab vest with hydration, nutrition, first aid kid, waterproof and warm clothing and set off in the direction of Skiddaw.

The track leading up this fell is wide and well trodden, making it an easier ascent to the summit. I could see that the tops of the fells were in the clouds and conditions didn’t look great. As I arrived at the summit, I was surrounded by mist, cloud and strong winds. I took some shelter, put on my OMM Atomic Smock – this is really good for keeping you warm – and started making my way to the next fell, Great Calva. Being the end of January, the ground had soaked up a lot of Winter rain and snow making it really boggy, needless to say my shoes didn’t stay dry for too long! Heading up and over Hare Crag, the summit of Great Calva was visible and I’d soon made it to the top where there were two cairns and a shelter. 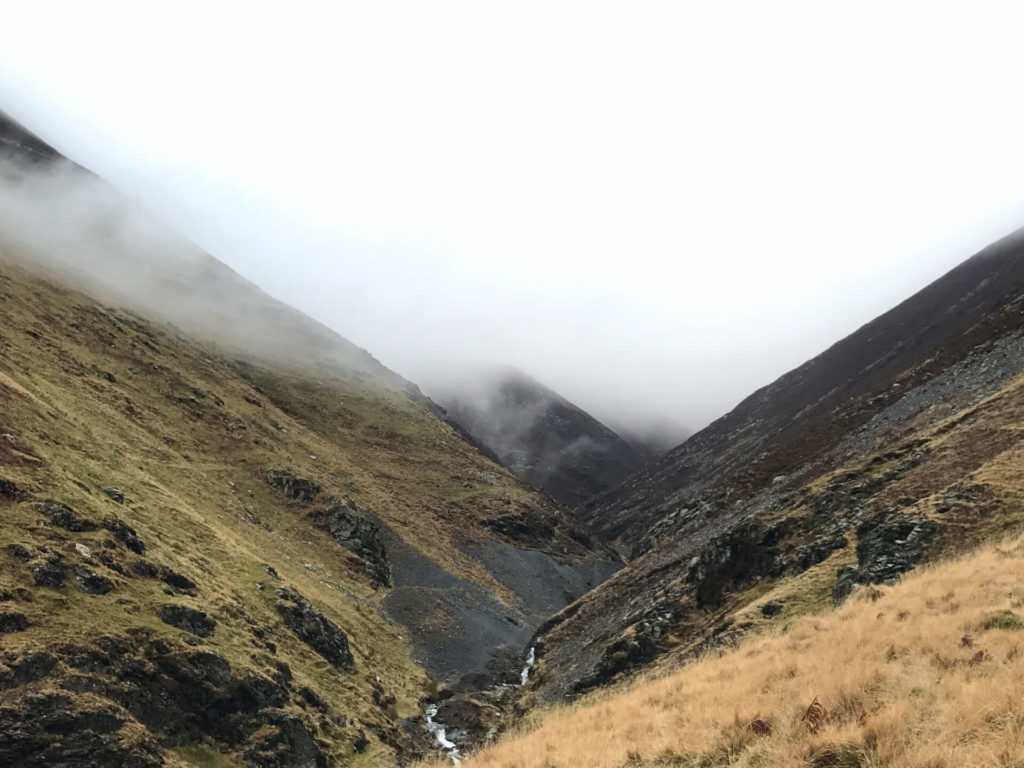 The next and final stop on this first leg is Blencathra and the route to this well-known fell descends along a fenced path towards the Cumbrian Way. At the bottom I followed the Cumbrian Way before reaching a river that crossed my path with Mungrisdale Common ahead of me. I had to take some time to find a passable section of the river. Most BGR’s are completed in the Summer, long hours of sunlight and better weather conditions make this the most popular time of year.

With the Winter rain, the river was flowing quickly and was deep. I scouted out a crossing but was soon in the icy water up to my knees. I quickly crossed and began the ascent that would take me to Blencathra. As I climbed higher, the fog set in and I was finding it tricky to stay on course. I had to navigate around Mungrisdale Common before making a steep climb up to the summit of Blencathra.

The final section of the run should descend down Halls Ridge, crossing through a farm, before arriving at the Threlkeld road crossing. I’d gone off course slightly to the West of Hall’s Ridge and it took me a while to get across the scree and back onto the track. The descent to Threlkeld was much easier on the path and it was enjoyable to be out of the cloud, taking in breathtaking views of the surrounding fells before catching a bus back to Keswick.

It was great to experience some of the BGR route and I’d love to attempt the full round one day. Just doing the first leg made me realise what’s involved and I have huge respect for those that have attempted to complete it. 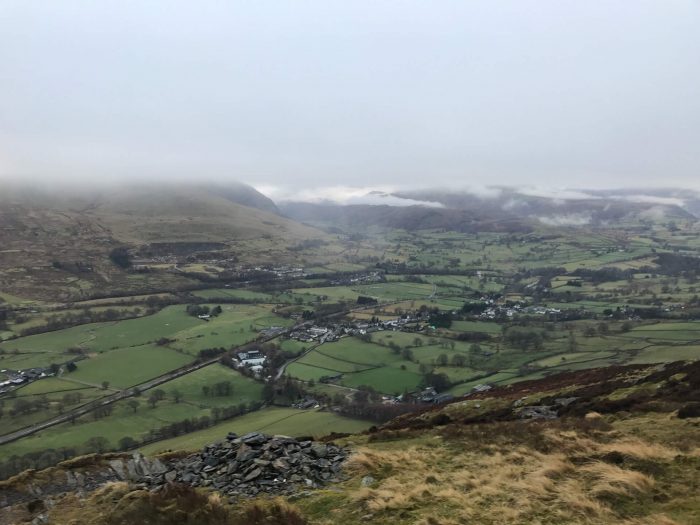 On my final day in the Lakes, following a day of walking and photography around Windermere, I had arranged to meet Adam Perry for a headtorch run. I grew up with Adam back at home in Derbyshire and he now spends his time in the Lakes taking part in Fell Running races and challenges.

Setting off at 6:30pm, we met in Staveley, home to the likes of Inov-8; one of the best fell running brands, and drove up to Kentmere. Joined by fellow fell runners, Pete German and Tim Cowin, we set off for a loop of the Kentmere Horseshoe. With the route lit purely by headtorch, I was guided by the others and we started an ascent that took us in a clockwise direction over the fells. Apparently with quite spectacular views over Ambleside down to the West – although it was pitch black and I couldn’t see a thing! It was quite a foggy night meaning that we didn’t even have the moon help light the way.

I found this look pretty tough going as we made our way across boggy ground, over rocks and jumped little streams. The other runners are absolute pros on the fells and I couldn’t help but feel that I was holding them back a little, the way that they navigate the terrain, the speed of their ascents and descents is incredible!

It was a great experience, minus one little slip on the rocks where I thought I’d broken my wrist (it made the drive home the next day quite eventful!) and by the time we’d made it back to where our van was parked, I was pretty tired from the 11.2 mile loop, but not so tired that I couldn’t manage a quick pint at the Eagle & Child Inn back in Staveley.

It was a great few days in the Lakes and my three runs took in a mixture of fells, lakes, trails, night and day. 35 miles covered in total with around 9,154 ft of elevation wasn’t a bad effort for someone who is used to the flat countryside of Suffolk! I’m planning to head back to the Lakes later in the year, when the weather is slightly better, and try out some more routes – look out for another blog in due course.