The late May Bank Holiday is when one of London’s most iconic 10k races takes place. This year, with the headline sponsor changing over from BUPA to Vitality, the now Vitality London 10,000 took place on Monday 30th May andÂ saw over 12,000 runners crossing the finish line outside Buckingham Palace on The Mall.

This was to be my fourth year of running in the London 10,000. There’s something about this 10k that keeps me coming back year after year. It’s a well-organised race with a large charity element to it, well supported and the route passes some of London’s best-known landmarks, as it heads away from the start on The Mall next to Green Park, past Trafalgar Square and along the Strand, before looping around the Bank of England and heading back to the finish along Birdcage Walk and The Mall.

At the start, pre-race

Due to the number of runners taking part, the race starts in waves. This normally helps to ensure that it’s not too congested at the start. For the last few years each zone has been split into smaller zones which ensured a nice clear start, however this year it had changed to be a mass-start within each of the zones. Shortly after starting, in the first zone, I found that there were runners walking after around only 200m and I slightly struggled to get going as we had to stop, weave and dodge people to get running.

It’s definitely a race for everyone, with runners of all abilities taking part, however it also incorporates the British 10k championships with free entries offered to runners who have run sub-32 mins (men) and sub-38 mins (women), so you tend to get a high standard of club runners at the front of the field. This year Andy Vernon was back to defend his first placed finish from last year, but was beaten by Andrew Butchart who was around 4o secs quicker. I ran past Andy Vernon (for clarification; in the opposite direction!) as he was approaching the 6km mark. I thought that he might be leading, however after finishing I realised that I must have missed Butchart who was flying at the front. The women’s race was won by Lily Partridge in 33:03 with Rachel Felton 32 seconds behind.

The course is pancake flat and definitely has PB potential for anyone wanting to take on their current 10k PB. There were quite a few runners taking part from my running club, Ipswich JAFFA, many of which managed to improve upon their PB’s. I’d recently improved mine at a couple of local Suffolk races, firstly at the Little Bromley 10k in April and then again at the Woodbridge 10k just two weeks ago. Woodbridge is quite a hilly course and I found myself struggling a little on Monday to get close to my Woodbridge time, perhaps a case of doing too much in a short space of time! It was still a great race though and I will be back again for more.

Finishing just before 11am, you still get the best part of the day to enjoy London, so we caught up with my Dad, who’d just flown in from South Africa, before heading back to Suffolk. 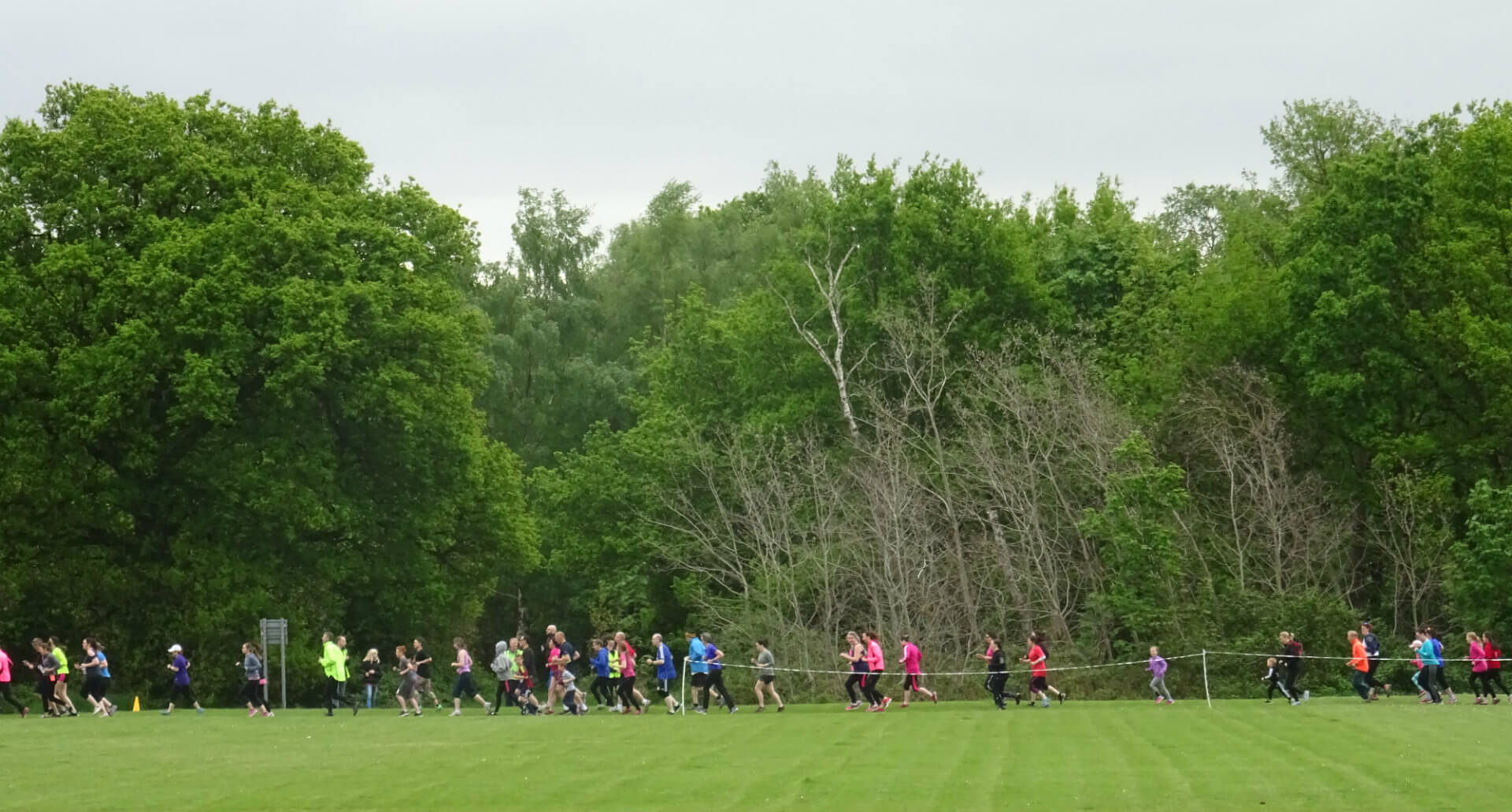 The parkrun briefing with a difference… 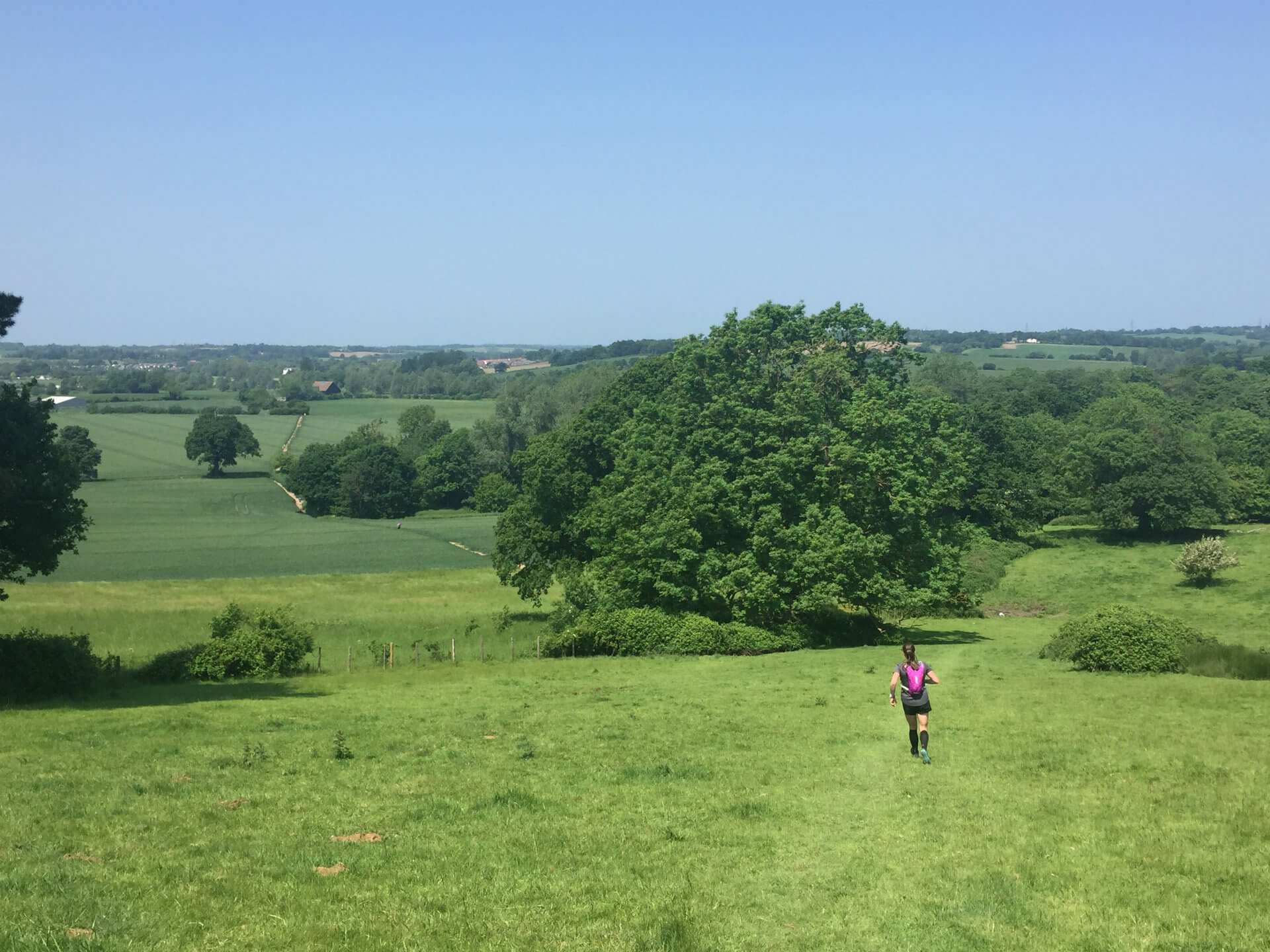