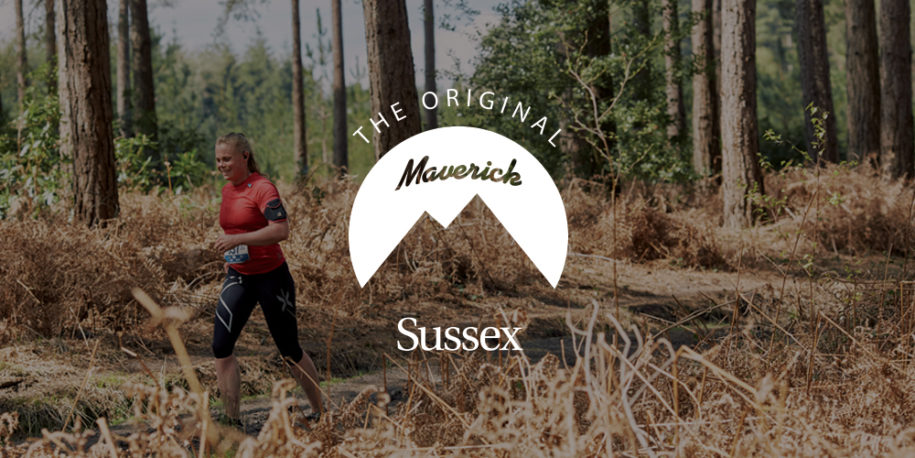 It was an early start for a Saturday morning, making the trip from Suffolk to West Sussex with Pip and Carl for the Maverick Inov-8 Original Race, the first of their 2017 series. I’d heard about the Maverick races through their social media channels and my mate Carl had and taken part in their Oxfordshire race, towards the end of last year, and really recommended the event.

I actually won my place through Running Heroes, which was a nice bonus as I was planning to enter anyway. If you’ve not heard of Running Heroes, you get rewards for being active and can win prizes in challenges, it’s totally free; what’s not to like! Check it out at https://uk.runningheroes.com.

The start/finish and event HQ was at Amberley Museum & Heritage Centre which made for easy parking, lots of toilets and plenty of space for registration. There were stalls selling Maverick merchandise, refreshments and headline sponsor Inov-8 were there with a selection of shoes for runners to try out.

After a short briefing from the race director we lined up behind the inflatable start arch and prepared to head out onto a quick section of road and up a short incline before heading onto the South Downs Way. Maverick offer three different routes of varying distances with a Short route at 7km, Middle; 13km and Long; 23km. We’d opted for the long route to get a few marathon training miles into the legs over some tough terrain.

Myself and Carl had positioned ourselves fairly close to the start line which meant that there was plenty of space to run and it wasn’t too congested. There were some quick runners taking part. I’d seen the leader of the long run, Tom Payn, at the CTS Sussex Ultra last year where he finished a good 50+ minutes ahead of second place!

We set off along the South Downs Way, providing a nice undulating start to the race with some short but steep uphill climbs. The path was very open and on a cold, grey February morning we were really exposed to the wind and elements. I found myself making my way through the pack as we climbed the trails, a mixture of stony paths and grass/mud tracks. The runners in first and second place had shot off out of sight with third following not too far behind. I could then see three runners a little way ahead and settled in behind them as the course continued past the split for the short race.

Continuing along the SDW the first water station was positioned just before we turned to cross an open field with a slight incline. The marshal handed me a cup with some energy drink and I managed a couple of gulps before most it blew out and down my top! As I continued to run whilst drinking there wasn’t anywhere to put my empty cup and not wanting to litter I kept hold of it, eventually tucking it up the sleeve of my long top – not ideal but better than just dumping it!

We continued along various trails, some quite compact with dry mud, others a little stickier and some paths and roads too through farms and country estates. There were also stiles and gates to contend with, some easier to go over rather than open, testing my acrobatic skills!

I managed to maintain my position of 7th place, with the three runners ahead making slight ground as we headed South and West along the Monarch’s Way, part of the long distance footpath that approximates the escape route taken by King Charles II in 1651 after being defeated in the Battle of Worcester. At this point I could feel the lace on my left shoe loosening and wondered if it would survive the following 7 miles before we arrived back – unfortunately it didn’t! I stopped, tied the lace back up as quickly as possible, catching sight out of the corner of my eye of the runner behind me gaining ground rapidly. I was quickly back on my feet and tried to open up the gap a little as we carried on past the next water station (an opportunity to get rid of the cup from my sleeve!) and down a short hill before jumping over a little gate and onto some paths along the side of fields.

The terrain was really undulating with some short but steep ups and downs. I found myself gaining on the runner in front of me as he’d dropped back from the other two and using the downhill sprints to my advantage I managed to get past and into sixth place. It was at this point that we joined up with the Short and Middle distance routes and it was nice to see some of the other runners taking part, exchanging shouts of “well done” as we went past each other.

Roughly two miles before the finish there were a set of steep steps descending down to some fields. There were other runners and walkers already on the steps, who who kindly gave way to us as we ran down. My experience of fell running in the Lake District last month with Adam Perry had shown me how the pros descend down rocky trails, so gritting my teeth and launching myself into, I set off down the steps as fast as I possibly could; trying not to worry about where my feet were landing. The guy in seventh place was super fast down the steps and I could hear him right up behind me. As soon as we were back on the flat I put in as much effort as possible to try and maintain my position as we neared the finish.

The last mile was across some boggy fields, providing the trail shoes with some fresh mud, before hitting a short section of road which lead back to the Amberley Museum car park. The finish was quite unusual; heading through a tunnel at the museum entrance before winding through the grounds to the finish gantry. I crossed the line in 6th place in a time of 01:38:11 before being presented with a matching Maverick beer and medal (bottle opener – awesome!).

It was a great event and was nice to see some friends from Freestak/Like the Wind down there too. I’ll definitely be taking part in some of their other events (maybe stopping and having my drink next time!), the Inov-8 Original series; mainly in the South and West, and the slightly tougher Buff X Series with events in Wales and the Peak District amongst other venues.

Scroll down for the Strava after the mugshot!