Infographic – The road to Paris, back to where it all began 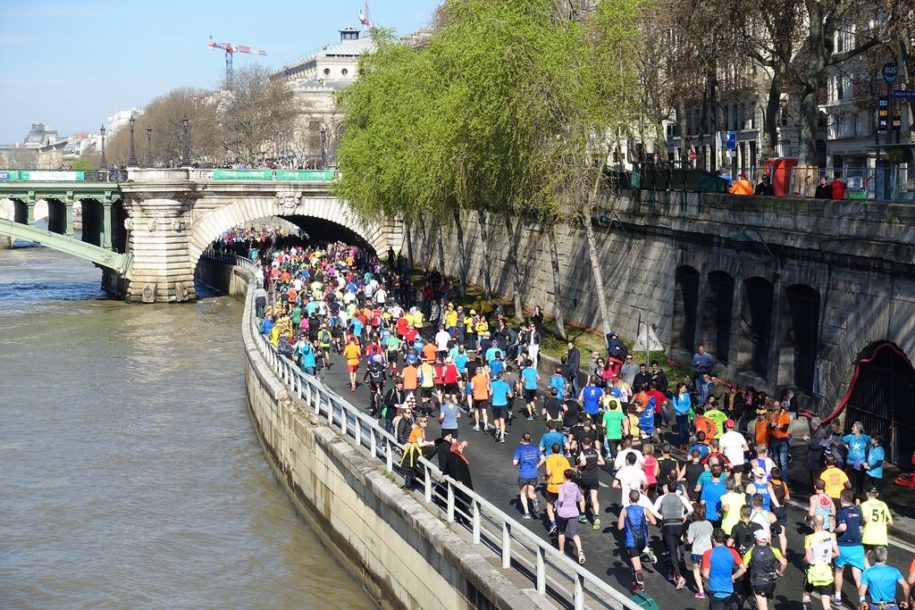 Spring marathon season is upon us. With the likes of Manchester last weekend, Brighton and Paris this weekend and then London and Boston on the horizon, to name but a few, it’s the time of year when runners see their efforts of three months hard training, hopefully, pay off.

Winter marathon training isn’t easy. With training plans and schedules starting at some point around the Christmas holidays, the days are colder, shorter and far more dull than their counterparts in the Summer months. The accumulation of these factors can make it harder to get yourself out of the door.

A week before Christmas 2016 I started my training for the Paris Marathon. A 16 week training schedule that would see me through to the race on April 9th 2017. Excited to be re-visiting the home of my first marathon in 2013, I trained harder than ever, putting in more miles, getting out the door earlier in the morning and generally attempted to get myself into shape to run a good marathon time and hopefully set a new PB.

The race is in two days, but for now here’s a little summary infographic of the training so far… 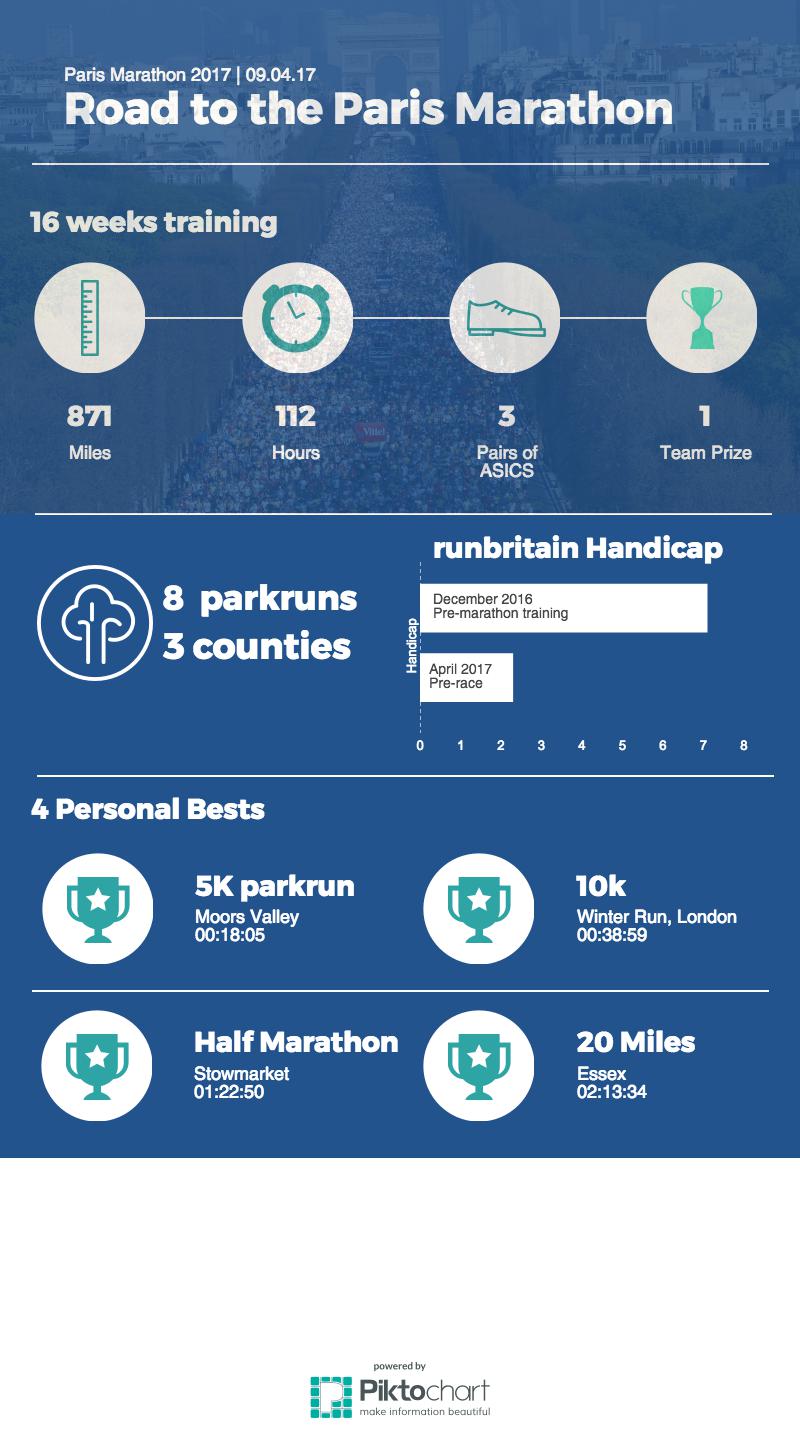