The second to last weekend in July is always set firmly in the diary as the Thunder Run weekend. The 24 hour endurance event, in the grounds of Catton Park in South Derbyshire, sees teams (6-8 or 5 per team), solo runners and pairs aim to do as many laps as they can from midday Saturday until midday Sunday. The route is completely off-road and is a technical lap of 10k, on trails, fields and through woodland, taking in a few ups and downs as it weaves around the picturesque Derbyshire countryside. 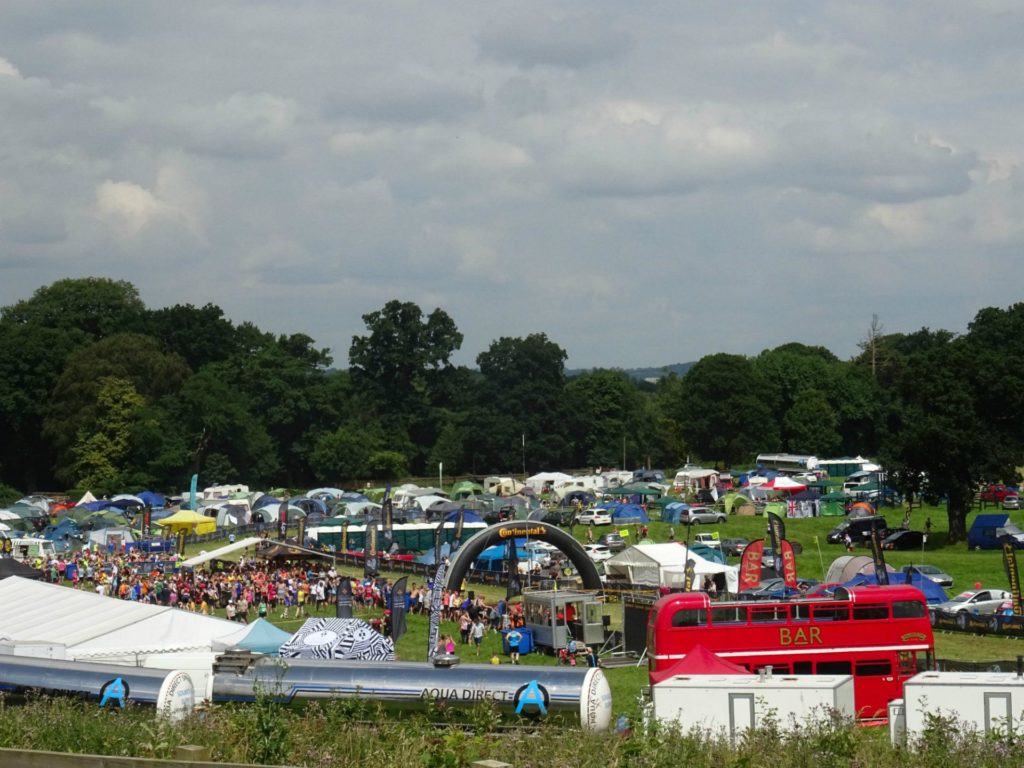 The 2016 event was to be the third year that we’d taken part in the Thunder Run as a mixed team of 6-8. Our social team, the Rushmere Trail Runners, is made up of runners of all abilities who enjoy running, getting out on the trails and are up for a social laugh too. We have previously only had one team, however this year we secured two. So our Rushmere Trail Runners team expanded and we headed to the Thunder Run armed with our freshly designed (credit to Carlos Tompos) green and white kit and our motto of #justgetitdone. 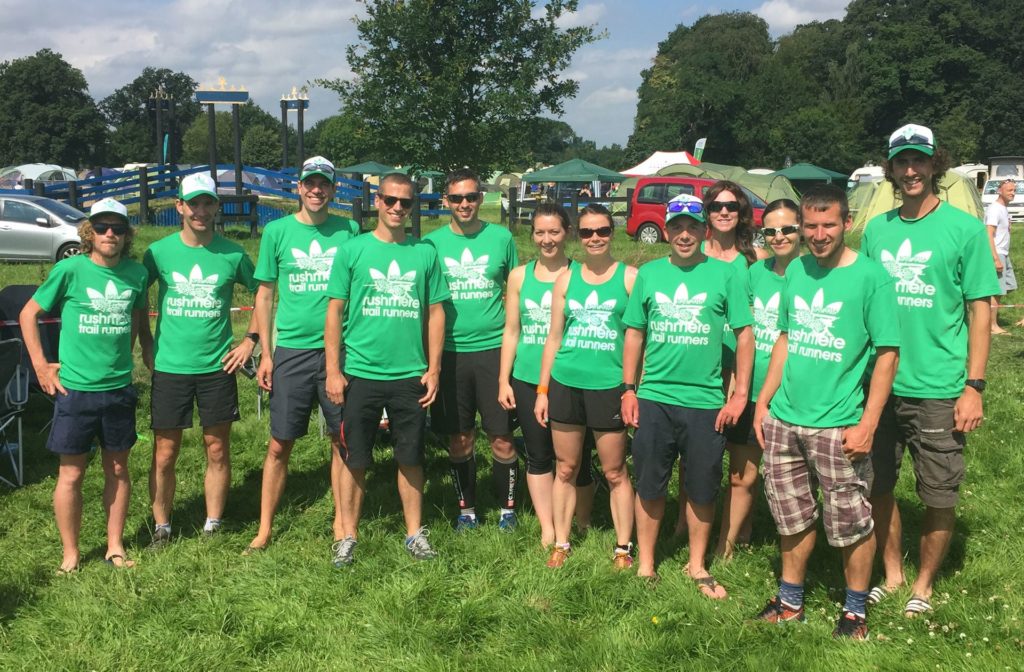 Heading up to Derbyshire on the Friday allows you time to set up your camp and indulge in a BBQ and a few beers before things kick off properly on Saturday. For those who feel like hitting up the bar, there’s a double decker bus bar serving everything from spirits to beers and cider. There are also stalls and shops from Alton Sports, Inov-8, Silva and Buff for those runners on the look out for new kit and gadgets. 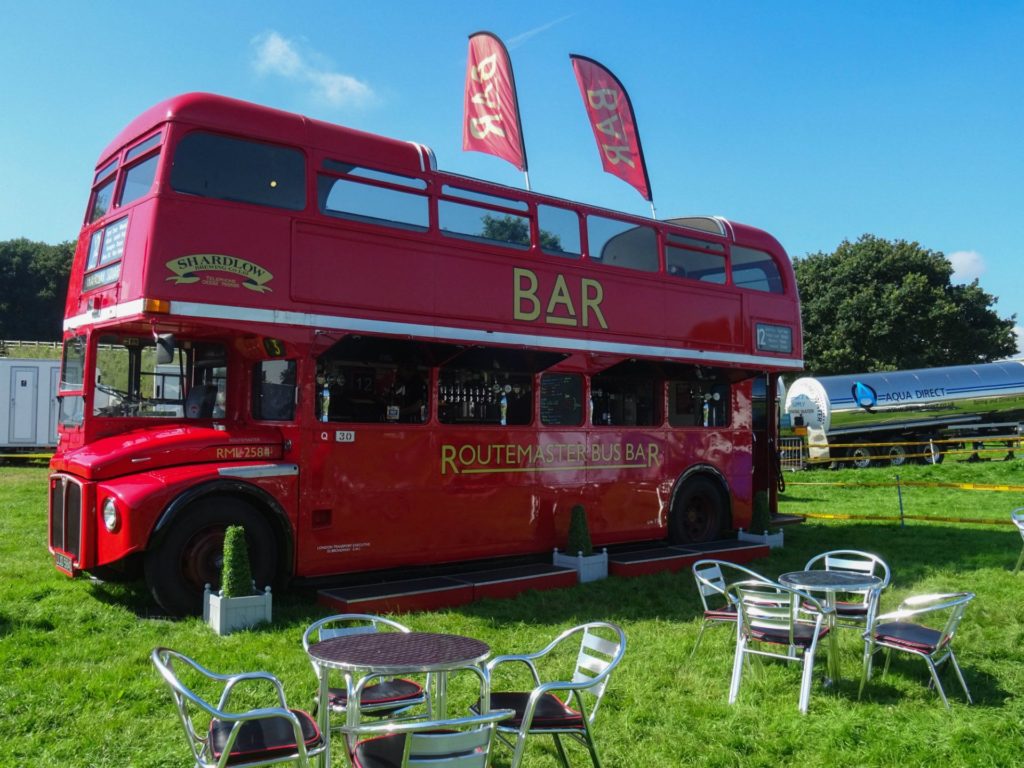 Now in it’s eighth year, the Thunder Run has switched from long-term sponsor Adidas to Continental, who also organise the 12 hour Lightning Run. They’ve previously been involved in the event organising the Conti hill challenge, where you run up one of the steepest hills as fast as you can between certain times to try and win trainers for your team!

As midday approaches on the Saturday, there’s a briefing held by the Race Directors and this is a good chance to see some of the other teams. You get a combination of affiliated running clubs and social teams and we were soon spotting some familiar faces from AR Collective and their Adidas Trail Running, Thetford parkrun, Marathon Talk listeners and other clubs that we’ve previously seen at the Thunder Run. There is also an army of solo pioneers, those who have taken part in every event since day one and continue to put in the miles around the 10k loop. Keep an eye out for superheroes Big Mike and Little Chris, they’ll be there every year without fail! 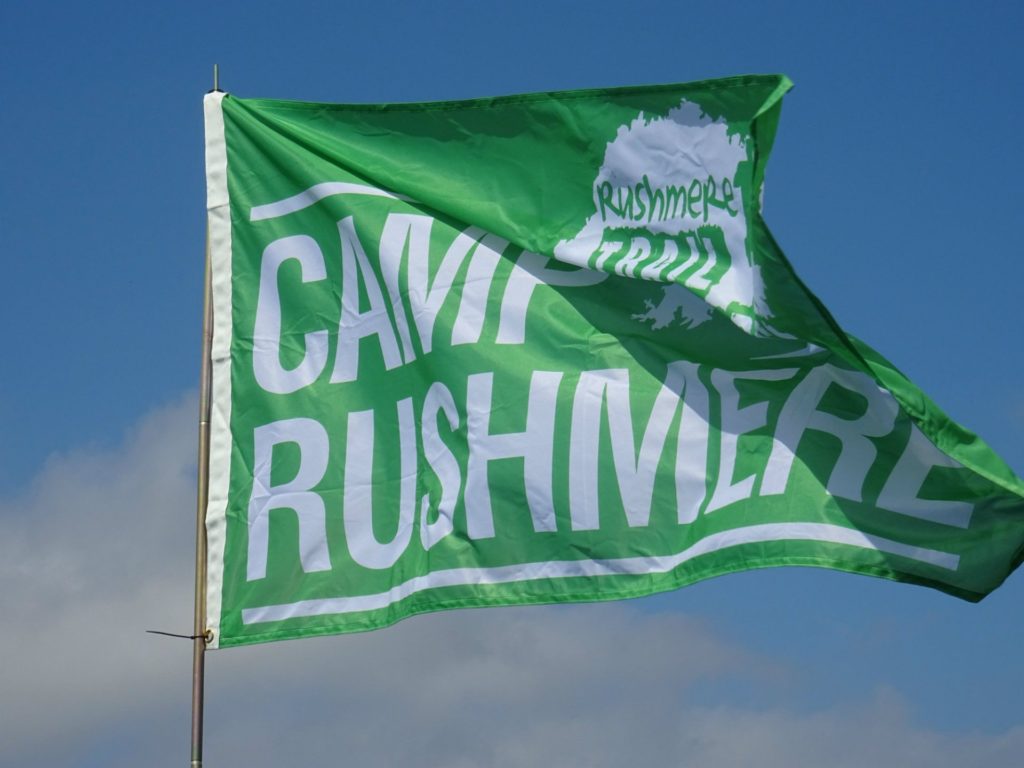 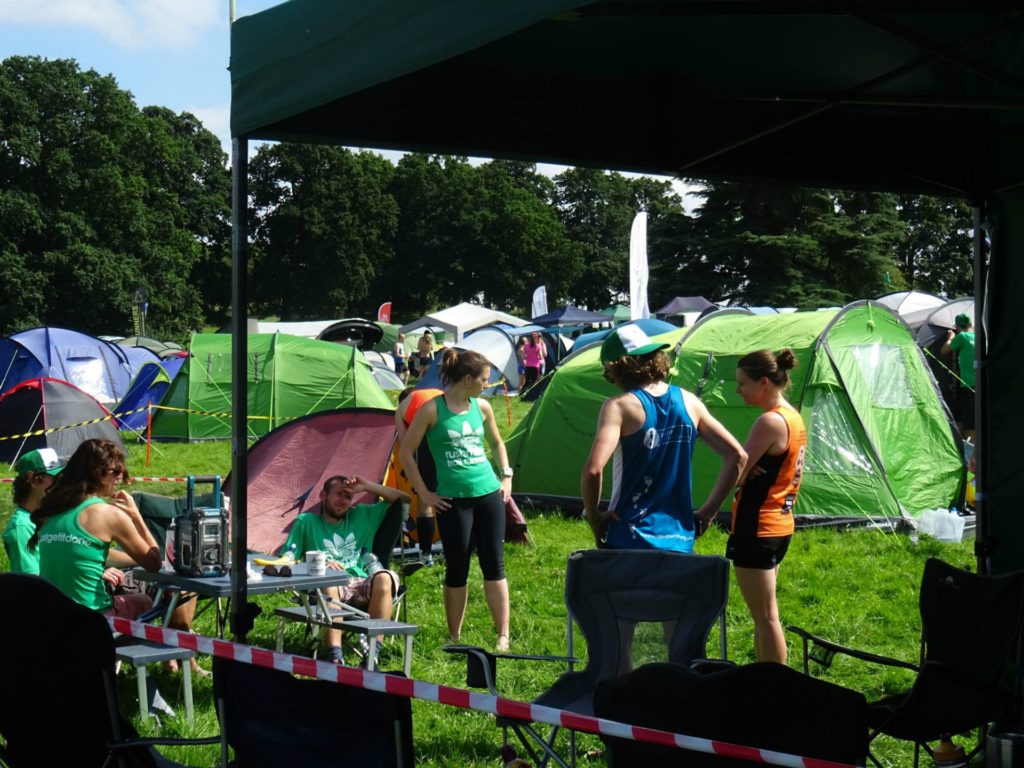 This year we had two teams of 6 which were originally teams of 8, however due to some last-minute injuries we had to make some changes at registration on Friday evening. Kicking off the running at midday on Saturday, Hannah and Pip set off to do the first lap together as the event’s anthem; Fleetwood Mac’s “Go Your Own Way” blasts out of the speaker system. After the first lap we would then rotate through the team doing one lap at a time each. This meant that we’d be roughly be getting around 3-4 hours rest before starting the next lap, but was dependent on our times. 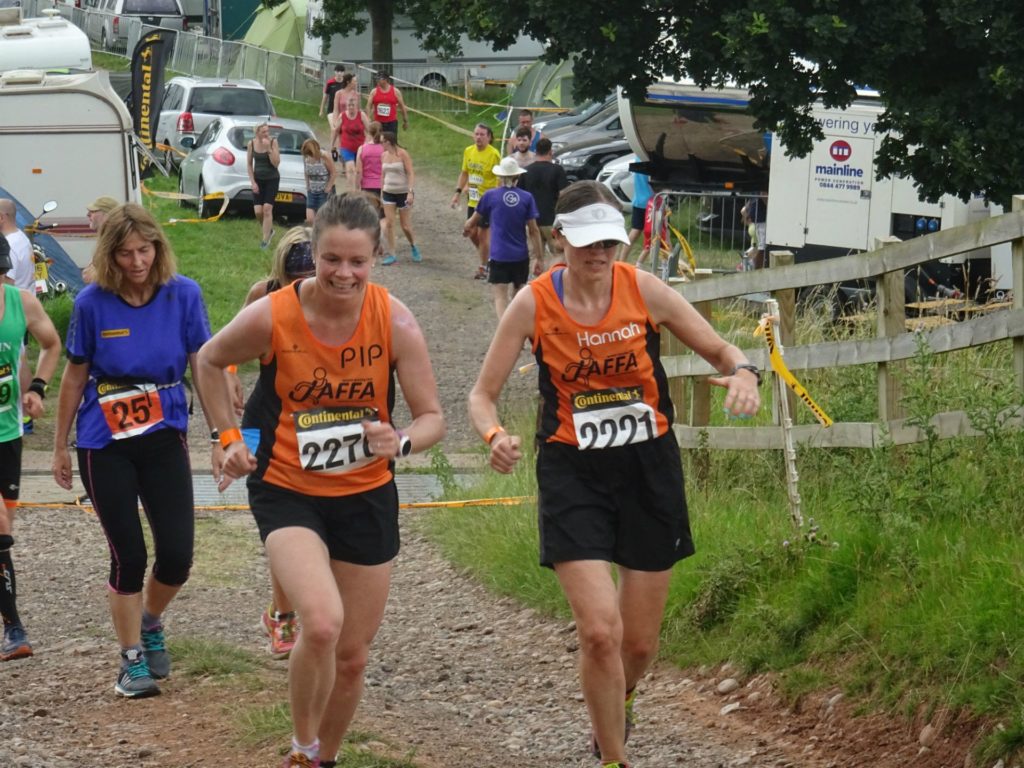 I was starting on our third lap this year and set off at around 2pm on the Saturday, heading out into a very summery and hot July afternoon. There is a fairly fast and flat half a mile before you hit the first of the

hills. Having previously run around 8 laps on this course that first hill never gets any easier! It winds up and up through trees and woods before exiting onto a ridge at the top of a grassy bank, giving excellent views of the surrounding countryside. At the 2km mark you start to head back towards the campsite and complete a loop around the tents of teams that are camped on the side of the course. We had managed to secure a plot on this section of the course and it was great to get cheers, support and the odd water pistols fired at you from fellow team members as we ran past.

The course continues through corn fields (very hot during the day), weaving through trees in woodland, past a water station and takes in a couple of hills before heading back down to the campsite and looping around a lake and back towards the finish. It’s at this stage that you’re flying towards the change over area armed with your baton wristband, hoping that your next team member is there, it can get a little eventful during the night laps when you’re struggling to work out who’s who! We’ve witnessed runners come flying in, calling out for their team mates before slapping the wristband back onto themselves and heading out again for another lap! 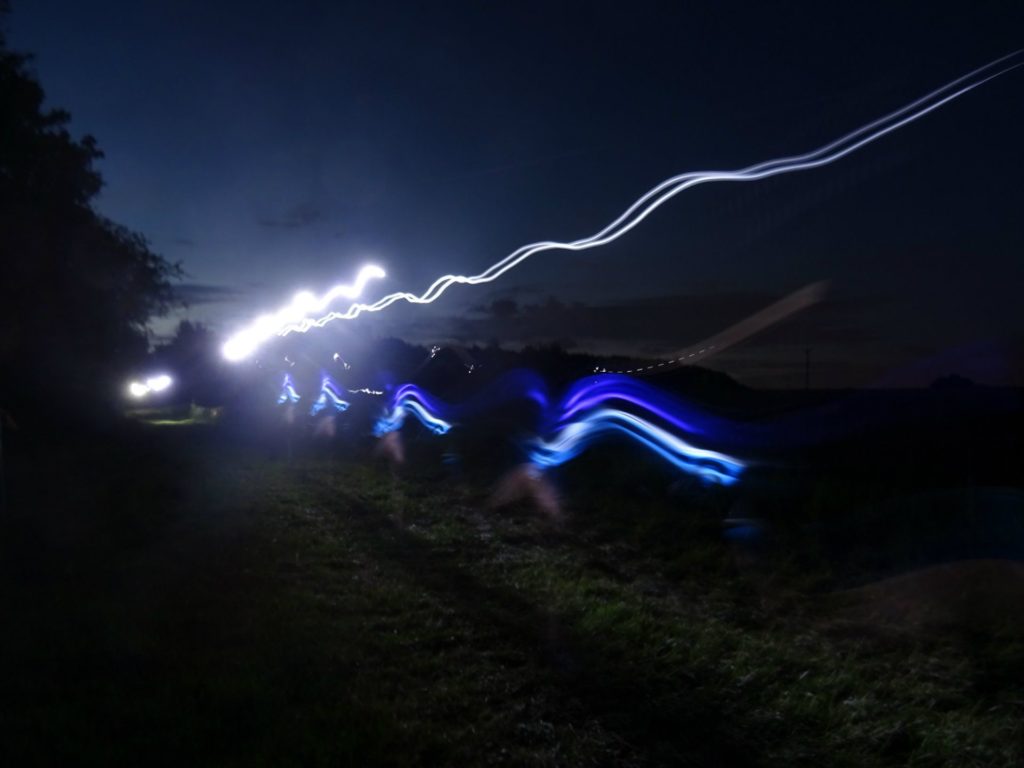 The night laps are definitely my favourite. There’s something about running
through trees, skipping over roots and tree stumps guided only by the light of a headtorch that adds to the excitement. You’re looking out for the headtorches of others whilst attempting to guide yourself around the course. 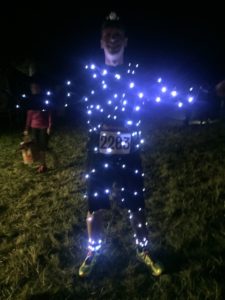 My night lap was at around 12am-1am and after finishing I headed back to the campsite where I was greeted by Lee,
who was getting ready to run. He was wearing one of the most amazing outfits ever for his night lap. A human Christmas tree comes to mind! I then managed to grab a couple of hours sleep, between Pip heading out for her run too, before heading back out for a lovely sunrise lap at 05:30am. You grab as much sleep as you can around finishing your run, chatting to other team mates and then getting up and ready for your next run, but it never really seems to be that much, especially when you’re in a hot tent! 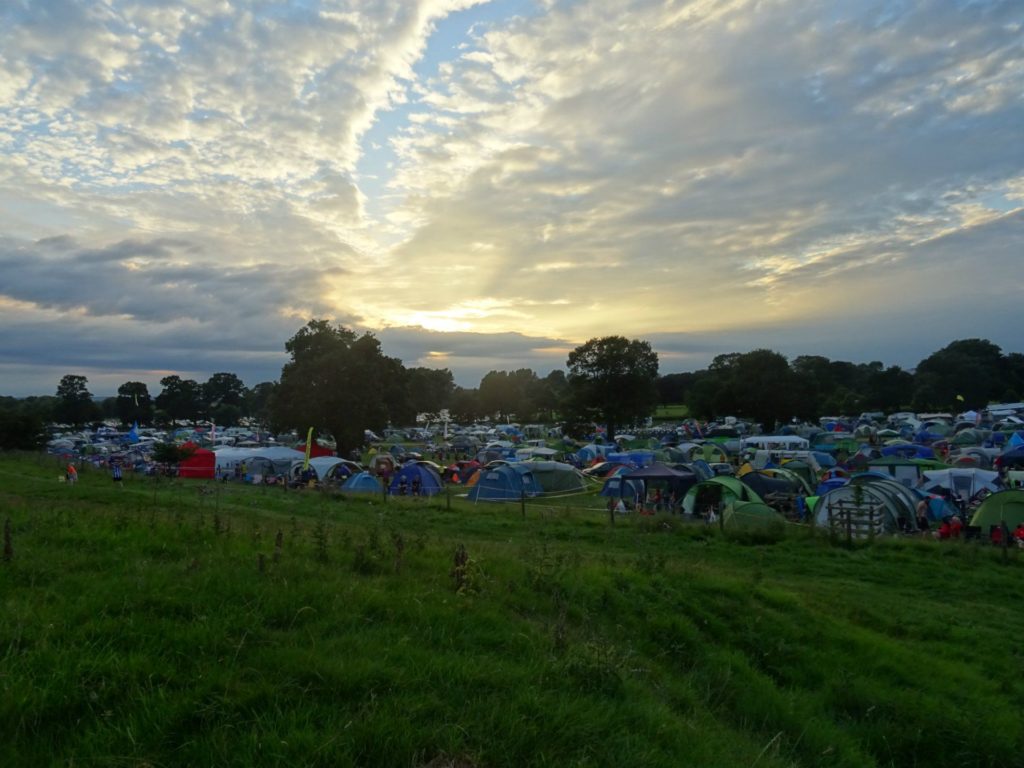 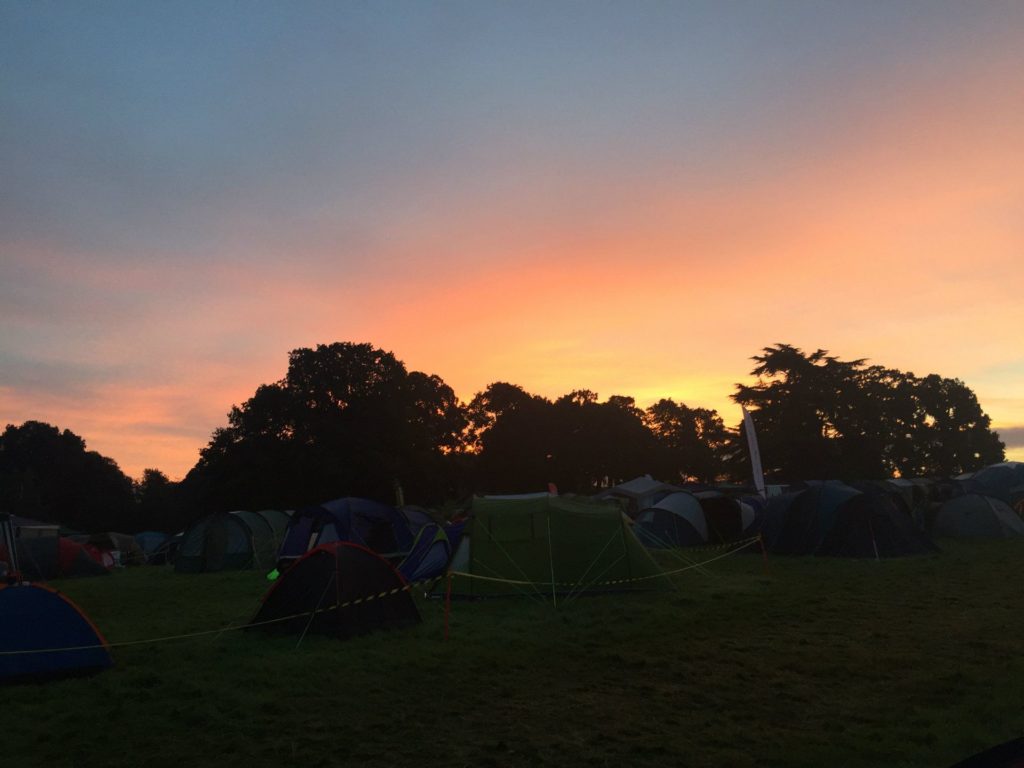 As a team we ran a total of 28 laps in a time of 24:22:19 and finished 23rd out of 239 teams. Our other team finished 31st covering 27 laps in 24:01:34. The Thunder Run is such a brilliant event, it feels like a running festival, everyone is really friendly, other runners are very supportive and it’s a weekend of no real pressure, everyone is pushing themselves to their own limits. We will definitely be back next year for more.

All of the data from Strava is below and there will be Go Pro footage filmed during the morning lap coming soon, watch this space.